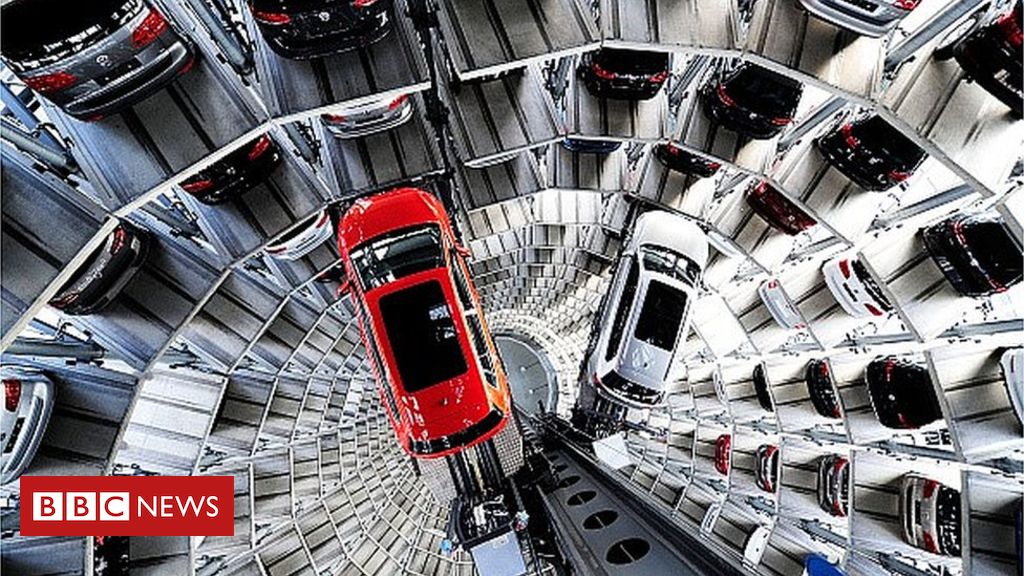 
Germany’s GDP shrank by 2.2% in the first three months of this year as the coronavirus pandemic took its toll on the economy, official figures indicate.

It was the biggest quarterly fall since 2009, when the country was engulfed in the global financial crisis.

The figures from the Federal Statistics Office come as Germany takes its first tentative steps to exit lockdown.

Shops are reopening, pupils will gradually return to class and football is restarting behind closed doors.

Growth in Germany was already lacklustre before the onset of the pandemic, as the US-China trade war cast a shadow over the economy, our correspondent points out.

The statistics office warned that the figures were subject to extreme uncertainty, with the next estimate due out on 25 May.

Uncertainty also surrounds first-quarter figures for the eurozone economy as a whole, of which Germany is the biggest component.

A first estimate for the eurozone issued at the end of last month showed a record decline of 3.8% in the January-to-March period, but revised figures out later may prove to be even worse.