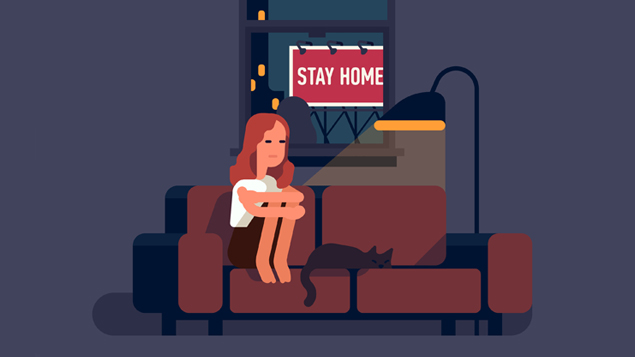 Furlough has the potential to skew an organisation’s gender pay gap significantly. Madeleine Mould looks at what it means for organisations preparing their data ahead of the next reporting deadline.

Back in March, the Government Equalities Office and the Equality and Human Rights Commission suspended enforcement of gender pay gap reporting for the 2019/20 reporting year, in light of Covid-19 pressures.

The majority of employers would have gathered the relevant data by the time the announcement was made, with many having already reported. To date 5,896 employers have published their gender pay gap data for the 2019/20 year on the government website, compared to 10,840 the previous year. Others may have chosen to run the calculations for internal purposes without reporting externally, allowing them to track changes against previous years and adapt their action plans if appropriate.

Amid predictions that the economic downturn will impact vulnerable and disadvantaged groups hardest, particularly younger, disabled, and ethnic minority workers, employers with a sound narrative around their gender pay gap should consider publishing their data voluntarily.

It is not clear whether gender pay gap reporting enforcement will be suspended again for 2020/21, but eligible employers should assume for now that it will not, and ensure that the relevant data is available.

The impact of furlough

Setting aside the fact that many will not have reported for 2019/20, leaving a gap in the longer-term narrative, one key issue for the 2020/21 reporting year will be the impact of furlough.

Furlough did not exist in the UK when the Equality Act 2010 (Gender Pay Gap Information) Regulations 2017 were enacted, so it is not completely clear how employers will be expected to treat data relating to employees who were on furlough at the snapshot date.

The Regulations require the gender pay gap to be calculated by reference to “full-pay relevant employees”; this excludes any employee who is, during the relevant pay period, being paid at a reduced rate or nil as a result of being on leave. “Leave” is stated to include annual leave, various types of family leave, sick leave and special leave, but this is not stated to be an exhaustive list. The question will be whether furlough is treated as “leave” too.

Whilst it differs from other types of statutory leave in many ways (for example in its interaction with annual leave), furlough may well be treated as “leave” for the purposes of the Regulations. Accordingly, employees who were on furlough during the relevant pay period could be excluded from the calculations. The same issue may arise with the proposed Job Support Scheme, if it is used in future.

ONS statistics published in July 2020 showed that for workers below the age of 21, women were more likely to be furloughed than men. However, for workers aged 22 and above, men were more likely to be furloughed than women. This could be reflective of gender distribution across different sectors; for example, relatively more women work in the education and health sectors where there has been a low uptake of the furlough scheme.

Whilst it differs from other types of statutory leave in many ways (for example in its interaction with annual leave), furlough may well be treated as ‘leave’ for the purposes of the Regulations.”

Either way, gender pay gap figures for the 2020/21 reporting year are likely to be out of kilter with neighbouring reporting years, and may present a misleading picture. For those who have not reported for 2019/20, the nearest point of comparison will be a 2018 snapshot date. This may mean that employers who are concerned that their 2020/21 figures will paint a negative picture in juxtaposition to their 2018/19 figures may choose to voluntarily publish for 2019/20 to give a more complete picture, particularly if the 2019/20 figures show an improvement.

As ever, the accompanying narrative will be key. Employers should explain the approach they have taken, the impact of any anomalies on the data and, most importantly, outline their action plan for reducing the gender pay gap going forward.

Recent research by the Fawcett Society and King’s College London found the UK to be “unique in its light-touch approach” to gender pay gap reporting. Looking at similar legislation in 10 countries, the report highlighted the fact that there is no obligation on private sector employers in the UK to publish an action plan to tackle pay gaps, with only Wales requiring an action plan and equality objective to be published by public sector employers who identify a gender pay gap.

The Fawcett Society is supporting a Private Member’s Bill, introduced to the House of Commons on 20 October 2020. Although targeted at increasing transparency relating to equal pay, (allowing women to request to see data if they suspect a disparity) the Bill would also make gender and ethnicity pay reporting mandatory for employers with 100 or more employees. A second reading is due on 13 November 2020. It is unlikely to become law, however, unless it is supported by the government. A similar Bill was introduced in the House of Lords in January 2020 but has not yet had a second reading.

Whether or not these changes take place, the gender pay gap is likely to remain a key equality and diversity metric. Employers who are able to continue implementing their action plans in spite of the current economic pressures will be well-placed to move forward with a positive narrative in future reporting years.