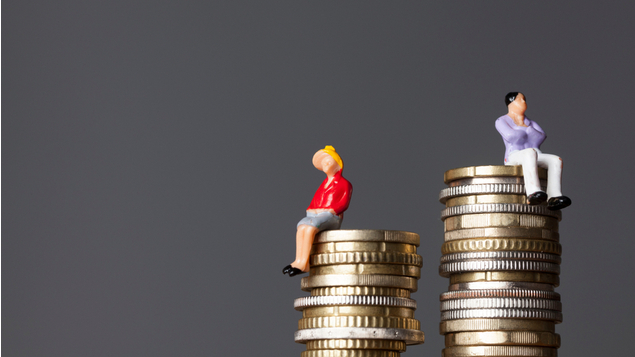 Enforcement of the Gender Pay Gap Reporting Regulations will not resume until October, the government’s equality watchdog has said.

The Equality and Human Rights Commission (EHRC) announced that, due to the continued effects of the pandemic, enforcement action against organisations that fail to report their gender pay gap will start again on 5 October 2021, after it was suspended last year.

The change means that employers have another six months to report their data for the 2020/21 reporting year before legal action begins.

The extension also applies to public sector organisations, who must normally publish their data by 30 March.

“Taking action to reduce the gender pay gap must continue. Reporting provides an opportunity for employers to demonstrate their commitment to gender equality, which will be more important than ever as the effects of the pandemic continue. Employers should still report their gender pay gap data for 2020/21 on time if they can and we encourage them to demonstrate the steps they are taking to reduce long-term pay gaps through detailed action plans.”

“Businesses will welcome certainty about what they are expected to disclose and by when. Reinstating enforcement from October 2021 will ensure that all firms within scope publish their data, while giving those who have been closed for most of the last year more time to do so,” he said.

“Furlough could have a significant impact on pay gap data. So it’s even more important that companies explain changes to their pay gaps and what prompt action they will be taking to close them.”

Although many firms chose not to publish their gender pay gap reports last year as they grappled with the Covid-19 crisis, a significant number of employers chose to publish their data voluntarily.

The regulations require all organisations with 250 or more staff to publish the difference between male and female pay at different levels of seniority within their organisation.

The EHRC has the power to investigate and fine employers that do not fulfil their obligations under the Gender Pay Gap Reporting Regulations. Non-compliance may also lead to court action.

Last week equality campaign group The Fawcett Society led a call for the government to reinstate enforcement of gender pay gap reporting as soon as possible to ensure the pandemic “does not turn back the clock” on the progress made in narrowing the difference in average male and female pay.

Furlough could have a significant impact on pay gap data. So it’s even more important that companies explain changes to their pay gaps and what prompt action they will be taking to close them” – Matthew Fell, CBI

Chief executive Felicia Willow said: “In 2020, the enforcement of gender pay gap reporting for large employers was suspended due to a concern of the impact of reporting on employers.

“What we’ve seen since then is the pandemic policy response disproportionately impacting women, particularly at work. We know more women have been furloughed, have lost their jobs, have had their hours cut, and have had greater disruption due to home schooling than men. And, we know that the impact on disabled women, black women, and other minority groups has been even worse.

In a letter signed by organisations including the TUC, Working Families and the Chartered Management Institute, The Fawcett Society said there was evidence that gender pay gap reporting had been working.

A Cornell University study found that the introduction of mandatory gender pay gap reporting in the UK had resulted in a 3% decrease in men’s hourly pay and a 5% increase in the probability of women earning above the median hourly wage. It had also resulted in occupations with higher gender pay gaps demonstrating more “women-friendly” recruitment practices.

Numerous other organisations, including data technology firm Spktral, have also called for the swift reinstatement of gender pay gap reporting.