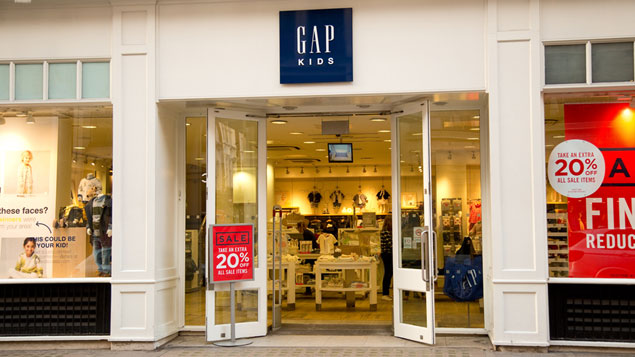 All Gap stores in the UK could be set to close, with the loss of more than 1,000 jobs, as the US clothing retailer looks at introducing a franchise-only operation in Europe.

Such a shift would entail closing all of its shops in the UK and the closure of its Rugby situated European distribution centre.

The retailer had 129 Gap-branded stores in Europe at the end of July but was making huge losses because of the Covid-19 pandemic. The majority of the stores – about 80 – are in the UK. The other stores affected are in France where there are 21 stores, Italy (13) and Ireland (4). It is thought that the Rugby centre alone employs about 500 people.

“As we conduct the review, we will look at transferring elements of the business to interested third parties as part of a proposed partnership model expansion,” said Mark Breitbard, head of Gap brand global.

Gap’s parent group had already announced it would close more than 220 of its main brand and Banana Republic outlets this year. Sales fell 18% in the three months to the end of August when the company made a pre-tax loss of $41m (£31m).

In Europe, business was particularly hard hit as lockdowns affected high streets and malls. Sales fell nearly 47% during the quarter to $72m.

The pandemic has accelerated a shift to online shopping, which has been capitalised on by specialists such as Asos and Boohoo – although the latter firm has recently been strongly criticised over working conditions and business practices in its supply chain.