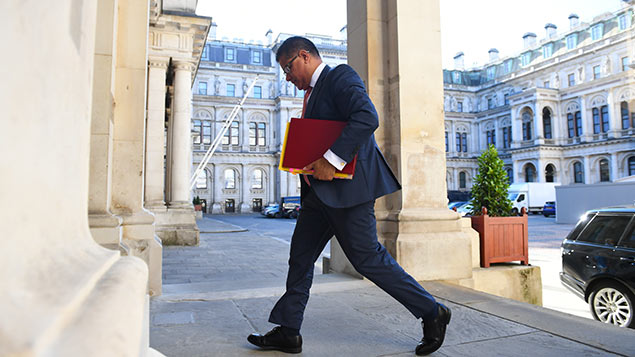 “New laws coming into force today will ensure furloughed workers are not short-changed if they are ever made redundant” – business secretary Alok Sharma. Photo: Stefan Rousseau/PA Wire/PA Images

Furloughed employees will be entitled to redundancy pay based on their normal wages, not their furlough rate, from tomorrow (31 July).

New legislation will require employers making furloughed staff redundant to pay those with more than two years’ continuous service redundancy pay and statutory notice pay based on their contracted rate. Basic awards for unfair dismissal cases must also be based on full pay rather than furlough pay.

The government said many furloughed staff who had been made redundant were only receiving pay-offs based on 80% of their usual wage because employers were taking advantage of the crisis to pay staff less than what they would normally be owed.

Business secretary Alok Sharma said: “We urge employers to do everything they can to avoid making redundancies, but where this is unavoidable it is important that employees receive the payments they are rightly entitled to.

“New laws coming into force today will ensure furloughed workers are not short-changed if they are ever made redundant – providing some reassurance for workers and their families during this challenging time.”

Richard Fox, an employment lawyer at law firm Kingsley Napley, said the announcement cleared up uncertainty and “comes at the right time”.

“Many employers will have been computing for these purposes at normal rates of pay but some, that are not well-resourced and frankly struggling, will have sought to capitalise on any residuary doubt around this issue. It is right to close this uncertainty down,” he said.

But Kate Boguslawska of law firm Carter Lemon Camerons, said it appeared the law did not have a retrospective effect.

“However, I expect a surge of cases in the employment tribunals from employees whose redundancy pay was calculated by reference to the reduced furlough pay,” she said.

Usually, statutory redundancy pay calculations are based on average weekly pay over 12 weeks, alongside other factors such as length of continuous service and the employee’s age. Under the new rules, employers must treat any weeks an employee spent on furlough over the 12-week reference period as if they were working on full pay.

The change does not impact any enhanced redundancy pay stipulated in the terms and conditions of an employee’s employment contract.

Some 9.5 million employees have been furloughed under the Coronavirus Job Retention Scheme, at a  cost of £31.7bn.

An estimated 150,000 people have so far been made redundant since the coronavirus pandemic hit the UK earlier this year but, with the furlough scheme due to end in October, the National Institute of Economic and Social Research think tank predicts that around 1.2 million could be unemployed by Christmas.

TUC general secretary Frances O’Grady said hard-hit industries needed to see an extension of the furlough scheme beyond October if further job losses are to be prevented.

“Without this, we risk an avalanche of redundancies in the autumn and undermining the economic recovery,” she said.

The government recently introduced a Job Retention Bonus of £1,000 for every furloughed employee who remains continuously employed through to the end of January 2021, although some employers including Primark and Asos have said they will reject the bonus.