Furlough ‘will be available’ to Scotland, says PM 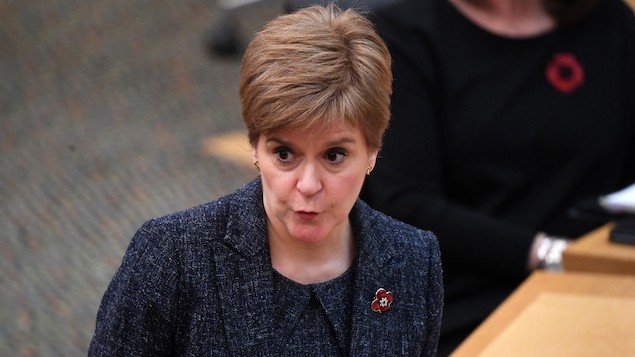 The furlough scheme will be available to Scottish employers if there is a lockdown there in the future, the Prime Minister has said.

As of yesterday (2 November), Scotland is now under a five-level (0-4) regional system of restrictions. Level four is closer to the planned England lockdown, with the shutdown of non-essential shops, hospitality venues and gyms.

However, first minister Nicola Sturgeon has said decisions on a nationwide lockdown in Scotland – similar to that due to start in England on Thursday – would be dependent on what funding was available.

Boris Johnson announced on Saturday that the Coronavirus Job Support Scheme, which was due to end on 31 October, would be extended during the UK lockdown, up to 2 December. Full details are yet to be published, however.

She said furlough support would be “very welcome” but that she was “seeking urgent confirmation from the Treasury that it will be exactly as we asked for”.

Sturgeon said she wanted to gauge how the current tier system was working before imposing harsher measures, adding that the rate of increase in cases in Scotland seems to be slowing down.

Sturgeon said: “I made clear last week that we might yet have to go further and we can’t rule out a move to level four for all parts of the country.

“While that decision would never be easy, there is no doubt that the availability of a more extensive furlough scheme would make it slightly less difficult, because workers would have more of their wages paid.

“The decision we have to weigh up is should we take the opportunity of more generous financial support to step harder on the brakes now, to drive down infections.

“It cannot be right that the only time that additional financial support is made available is when the south of England needs to go into a lockdown. That just isn’t fair given the situation we are dealing with.”

Sturgeon has asked that the support is “furlough beyond 2 December, non time-limited and on the same basis as available through November, including on eligibility and 80% wages paid”.

If this bears out, it is v welcome. However @scotgov seeking urgent confirmation from Treasury that it will be exactly as we asked for – furlough beyond 2 December, non time-limited and on same basis as available through Nov, inc on eligibility and 80% wages paid https://t.co/NWWjM5r56o

Her comments echo those of Welsh first minister Mark Drakeford, who said he had written to the Treasury requesting it to bring forward the proposed Job Support Scheme for Welsh workers but was told it would not be possible for “technical reasons”, according to BBC Radio Cymru.

In Wales, a national, two-week ‘firebreak’ lockdown designed to stem the spread of the virus is due to come to an end on 9 November, three weeks before the end of the English national lockdown.

Drakeford said his requests to boost wage support for Welsh workers had repeatedly been turned down.

On Monday, Scottish Conservative leader Douglas Ross criticised the sudden extension of furlough after multiple regions in the UK have been placed into stricter restrictions but with lesser financial support.

He said: “It cannot be that furlough is not affordable when Scotland, Wales, Northern Ireland or parts of Northern England need to go into lockdown – but when all of England goes into lockdown, the taps are turned on.”

Johnson was questioned repeatedly on the reach of the extended scheme in the Commons yesterday, in particular on whether it would continue to be on offer after December if other parts of the UK needed to be put into local lockdowns.

He said: If other parts of the UK decide to go into measures which require the furlough scheme then of course that is available to them – that applies not just now but in the future.

“The furlough scheme will continue to be available wherever it is needed.”