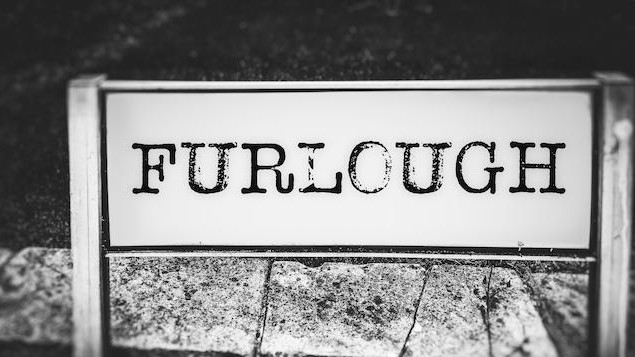 As employers absorb today’s budget announcements, many will be reflecting how – this time last year – caution and concern were beginning to build as cases of coronavirus escalated in the UK.

Personnel Today first reported the arrival of the Covid-19 virus on 30 January 2020, after two cases were confirmed in travellers that had returned from Wuhan in China. Half-term holidays and an influx of cases from affected areas in Italy increased pressure on the government to respond.

Health secretary Matt Hancock then hinted that staff who needed to self-isolate after returning to the UK from Covid-hit Italian resorts would be eligible for sick pay, only for it to be confirmed some days later.

Although Prime Minister Boris Johnson urged employees to “start working from home where they possibly can” on 16 March, and the first press conference announcing full lockdown restrictions and the directive to ‘stay home’ was a week later, last year’s budget preempted the impact on businesses with a raft of emergency measures to support those affected by the pandemic.

Alongside sick-pay cover for small businesses, the Coronavirus Business Interruption Loan Scheme was launched, as well as business rate relief. Furlough – a new word in HR’s lexicon and a scheme it never imagined would be extended for 18 months – was not announced until shortly before full lockdown, on 20 March.

The Coronavirus Job Retention Scheme, to give it its official title, promised to cover 80% of an employee’s wages up to a cap of £2,500, giving employers the option to top that up to 100% if they wished. Since it began almost a year ago, it has supported around 11 million jobs, and at the end of January 4.7 million workers were still enrolled in the scheme.

But while the scheme undoubtedly curtailed thousands of potential job losses, many businesses complained that official guidance was often delayed or contained loopholes, particularly as it morphed into more complex, ‘flexible’ schemes as restrictions were lifted. One issue that caused consternation was over eligibility dates, as many employees who started new jobs just before its 19 March start date feared they would be cut off (this was fixed in the fourth iteration of furlough guidance in almost as many weeks).

The scheme was initially set to run for three months, up to the end of May. But in mid-April, as the 45-day minimum consultation for collective redundancies before that date loomed, the government came under pressure to extend it for the first time. It was initially extended for just a month, until the end of June. It has since been extended five times.

In May, chancellor Rishi Sunak announced the scheme would be extended until the end of October, but with a gradual winding down of government support. From August, employers would be able to bring furloughed employees back part time, but would have to “share the burden” by paying employers’ national insurance and pension contributions. Then a month later, government wage support would reduce to 70% and then 60% in October.

May 2020 was also a month in which Johnson began to raise the issue of returning to physical workspaces, and the government released guidance around how workplaces could welcome workers back in a ‘Covid-safe’ way. Those in construction and manufacturing were encouraged to return to workplaces providing they could observe social distancing and rigorous cleaning measures.

These back-to-work ‘nudges’ would be repeated in September, only for a series of tiered restrictions to be introduced weeks later, and most regions re-entering full lockdown in the New Year.

One of the recurrent debates around use of the furlough scheme has been around the ethics of claiming government support – particularly where businesses recorded huge profits or had actually seen revenue rise during the pandemic.

Victoria Beckham’s fashion business and several Premier League football clubs faced a backlash against claiming furlough for staff who could not work from home.

Shortly after, announcements began to emerge that some employers would pay back the money they had claimed, with Ikea and Asos among the first to declare. Data released today has shown that more than 125,000 firms have now paid back furlough support to HMRC.

Thousands of managers have been less ethical, however. Reports of furlough fraud have dominated the lifetime of the scheme.

Even just three months after its launch, almost 1,900 reports had been lodged with HMRC of unscrupulous companies asking employees to work while claiming furlough, and one law firm claimed around a third of staff had been asked to commit furlough fraud. This week, restaurant chain Tomahawk was accused by the GMB union of bullying workers into “lending” the company money to pay national insurance and pension contributions.

In early 2021, the government published names of around 750,000 employers who had accessed the scheme in a bid to increase transparency and deter fraudulent claims, but thousands who had used the scheme before December 2020 were not disclosed.

One of the challenges for employers during the pandemic has been making decisions over who should be placed on furlough. Research has shown that employees who have been placed on furlough often feel they may be more at risk of losing their jobs permanently, while those juggling work with caring responsibilities could argue they needed it more.

In January this year, with the backdrop of continued school closures, the TUC called for working parents to receive a temporary legal right to access the furlough scheme. The government updated its guidance, but a TUC survey found that seven in 10 requests for furlough from working mothers had been turned down.

After the latest announcement of an easing in restrictions in England and subsequent measures arriving in other parts of the UK, there have been calls to sustain support for employers by not bringing the furlough scheme to a sudden end, and today’s budget announcement of an extension until September will be a relief for many businesses.

How support will continue to evolve remains to be seen, however. A recent report by think tank the Resolution Foundation has suggested that those on long-term furlough or who were forced out of work by the pandemic will face greater challenges in the coming precarious labour market than those who have worked throughout.

Shadow chancellor Anneliese Dodds, meanwhile, has called for the UK government to learn from schemes in Germany, France and the Netherlands, which have included incentives and conditions to encourage job retention and training. Labour would like to see the introduction of “smarter” furlough for as long as businesses are under Covid restrictions. Other groups have called for sector-specific support.

The Job Support Scheme, which had been due to begin on 1 November 2020, was scrapped as winter case numbers soared and furlough extended. And while numerous initiatives such as Kickstart and new ‘flexi’ apprenticeships have been announced in a bid to stimulate the labour market, previously announced incentives such as the Job Retention Bonus are yet to reappear on the agenda.

A loosening of restrictions, despite the successful roll-out of vaccinations, could again lead to a rise in cases and pressure for longer-term government support. But one thing this year has taught employers is that they need to be comfortable with change, and nothing surprises them anymore.