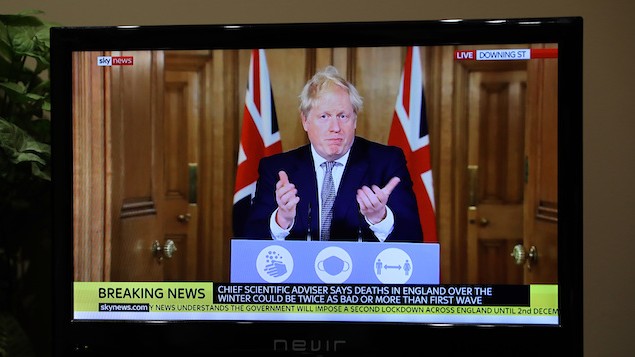 The government’s furlough scheme is due to be extended after the announcement of a new nationwide lockdown at the weekend.

As part of new, month-long restrictions for England due to come in on Thursday 5 November, chancellor Rishi Sunak has pledged to cover up to 80% of wages of furloughed employees, up to £2,500 a month, until December.

The Coronavirus Job Retention Scheme (CJRS) was officially due to end on 31 October, to make way for the Job Support Scheme that intended to provide financial support to employers in regions hit by higher tier restrictions. This was due to run for six months from 1 November until 30 April 2021.

The new lockdown will mean the closure of pubs, restaurants, gyms and non-essential shops, so thousands of employees will be unable to work.

The Prime Minister will make an address to MPs in the House of Commons today on the proposed restrictions, and members will vote on the regulations on Wednesday.

The newly extended furlough scheme will see a return to a full 80% payment of wages by the government, compared to the lower levels in September and October when it covered 70% and 60% respectively.

Employers will still be expected to cover pension and national insurance contributions, however.

Flexible furlough – where employers can bring back employees part-time and furlough them for the time they do not work – will continue.

To be eligible for the extension employees must have been on the company payroll by 30 October. They do not need to have been on the furlough scheme before. Employers can still top up the grant to 100% of wages if they choose to do so.

The government has not confirmed yet when the first claims can be made, but has said “there will be no gap in eligibility for support between the previously announced end-date of CJRS and this extension”.

Heather Self, a tax partner at Blick Rothenberg, said employers could face challenges in gaining agreement to changes to employees’ contracts with such little notice.

She said: “Employers are supposed to agree any changes to employees’ contracts in advance – how are they supposed to do that at 6 hours’ notice at a weekend?

“While it is welcome news that additional support is being offered to businesses during the new lockdown restrictions, the change may well come too late to save jobs.”

She noted that the extension is more generous than the planned Job Support Scheme, which only offered a minimum of 67% for closed businesses and 73% for businesses where an employee worked at least 20% of their usual hours.

She added: “The furlough extension takes us back to the rules which applied in August, with one important change: the extension is open to any employee who was on the payroll, and for whom a PAYE return had been made, by 30 October.

“This means that employees who joined after 19 March, and employers who had not previously used the furlough scheme, will be able to make a claim for November.”

Around 1 in 12 workers were still on furlough at the end of October just before the scheme was due to end, according to the Office for National Statistics.

Full guidance on how the extended scheme will work is yet to be published, with the government saying it would be “available shortly”.

Mark Hammerton, a partner at Eversheds Sutherland, said “employers need to ensure urgently that the employment documentation is in place so that they can claim as soon as possible in November”.

“Employees will also welcome clarity on what the developments mean for them. Guidance regarding the JSS arrived just 48 hours before its intended start date, so employers will be hopeful that the guidance is timely and comprehensive (especially highlighting any different calculations from the prior CJRS and how hours and pay are to be defined for starters since March).”

Neil Carberry, chief executive of the Recruitment and Employment Confederation, said the extension of the scheme was welcome, but that it could have gone further.

“All sectors and the self-employed need extra support quickly. The chancellor has another clear option to provide the stimulus our economy needs – by way of cuts in employer National Insurance contributions and help to all businesses to cover the costs of statutory sick pay.

“The SSP issue is particularly vital as many employment businesses don’t currently get help with that.”

The news of the extension comes as the Institute for Public Policy Research estimated that around 130,000 of those currently on furlough or at risk of losing jobs due to the pandemic do not have a level 2 (GCSE) qualification, while a further 250,0000 lack a level 3 qualification (A-level).

The think tank has called for a new Job Training Scheme to help people retrain into sectors less impacted by the current economic climate.

Dean Hochlaf, IPPR researcher said: “A protracted, painful recovery can only be averted if the government steps up its offer to help those at risk of losing their jobs, so they can find new opportunities in emerging sectors.

“Further education is central to this ambition, and it is welcome the government has already committed to expanding access and funding.”