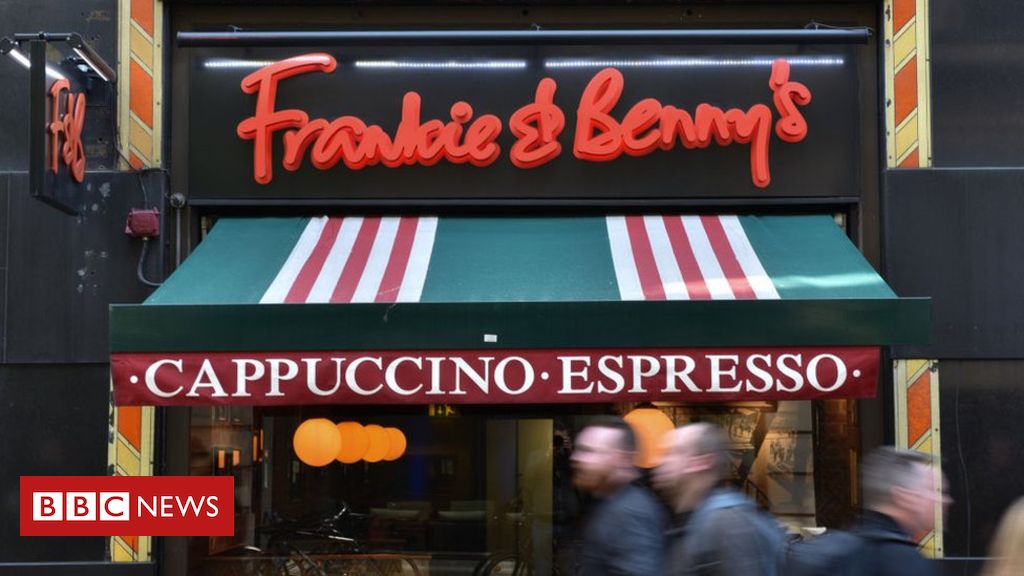 
The owner of Frankie & Benny’s and Garfunkel’s is set to tell staff that a “large number” of its outlets will not reopen after lockdown.

In an email to staff seen by the BBC, the Restaurant Group says many sites are “no longer viable to trade and will remain closed permanently.”

The group appears to be speeding up previous plans to shut restaurants as trade suffers due to the pandemic.

Staff will be told if their workplaces will remain shut by email on Wednesday.

“The Covid-19 crisis has significantly impacted our ability to trade profitably, so we’ve taken the tough decision to close these restaurants now,” the email said.

The message was sent to managers in the group’s Leisure Division, which includes more than 200 Frankie & Benny’s outlets. It is not yet clear which ones will be shut, or how many.

Those currently working in sites due to stay closed were told: “Unfortunately, unless there are any suitable alternative roles identified, it’s likely your role will be made redundant.”

It is one of Britain’s largest restaurant operators, with some 22,000 staff currently on furlough. It also owns the Wagamama chain and some pub units, which are not part of the division which received the email.

The Restaurant Group also said in March that 61 out of 80 branches of its Tex-Mex dining chain Chiquito’s would remain closed permanently as it fell into administration.

It cited the Covid-19 outbreak as having had “an immediate and significant impact on trading”.

However, the group had already announced in February, prior to the introduction of lockdown measures, that it would speed up existing plans to close restaurants.

Initially it had planned to make 150 closures – which were first signalled in 2019 – over a six-year period. It then said it would close 90 restaurants by the end of 2021.

“I feel completely overwhelmed and upset,” says Georgia. She has been working as a part-time waitress at one Frankie & Benny’s outlet since last April.

“I’m angry, as they feel as though staff are disposable,” she says, adding that the lack of certainty around work amid lockdown has created mental stress.

“I just can’t believe that they would send that kind of message to managers without any warning,” she adds.

The group had already seen sales falling across many outlets. That came despite stronger revenues across the wider group in its Wagamamas and pub units.

It said in February that like-for-like sales in its leisure business (stripping out the effect of new restaurants opening), which includes Frankie & Benny’s and Chiquito, fell by 2.8% in 2019.

Many casual dining chains had already been struggling in the face of rising overheads and falling consumer spending.

But those in the hospitality sector have seen their problems worsen due to the coronavirus pandemic, as customers have been forced to stay at home amid lockdown.

Carluccio’s, for example, was bought out of administration by the owner of Giraffe restaurants.

Despite its rescue, more than 1,000 jobs will be lost at the Italian restaurant chain, more than half of its total workforce. The administrators said the lockdown meant difficult decisions had to be taken.

Restrictions aimed at curbing the spread of Covid-19 forced most cafes and restaurants to close in March, but some have since reopened as takeaways only.

When lockdown was initially announced in March, trade association Hospitality UK said it was “catastrophic for businesses and jobs”.

Its chief executive Kate Nicholls warned at the time that the measures could “lead to thousands of businesses closing their doors for good, and hundreds of thousands of job losses”.

Pubs, restaurants, hairdressers, hotels, cinemas and places of worship will be allowed to open from 4 July at the earliest in England, if they can meet social distancing measures.