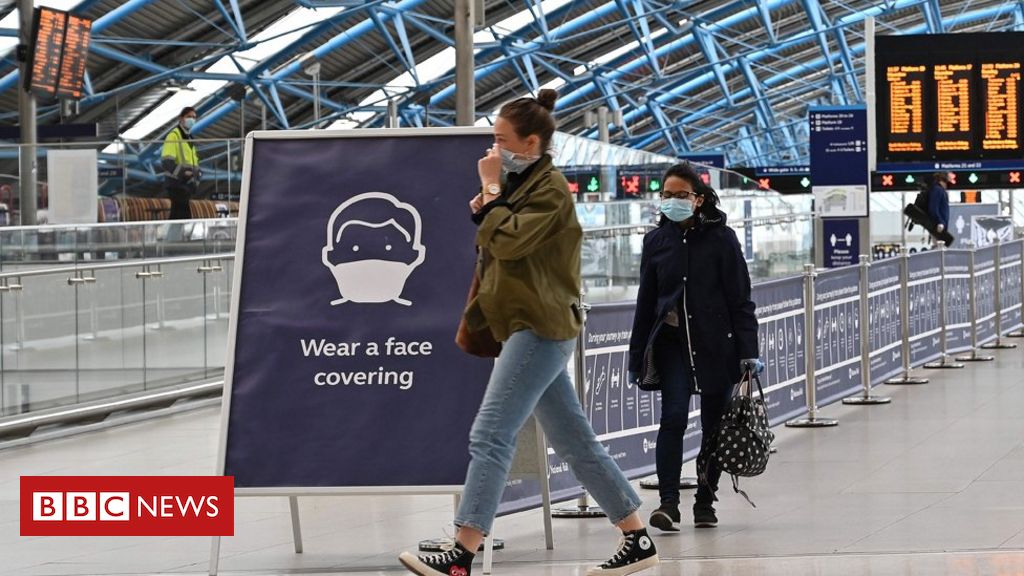 
Commuters should be offered flexible railcards as few are likely to head to the office every day following lockdown, an independent watchdog says.

It has written to Transport Secretary Grant Shapps calling for the change.

“Our ambition is delivering better journeys and value for money for passengers,” the Department for Transport said.

He said many people were unlikely to return to the typical Monday-Friday commute any time soon.

That has been backed up by research from Transport Focus that suggests half of people expect to work from home more often in the future.

Meanwhile more than a third think their job will be home-based with limited travel to work.

“People working from home for two-three days a week will not want to pay for a traditional season ticket offer but will still expect some recognition that they are a regular, if less frequent, traveller.”

He has asked the Transport Secretary to give consideration to the provision of flexible season-style tickets or carnets, which offer a discount for multiple journeys when bought upfront.

“As well as improving the work life balance for passengers this could also help manage demand in the coming months when capacity is scarcer,” he added.

Transport Focus’ latest research has shown that rail passengers want a fares system that is simple to use, easy to understand and is flexible enough to cater to how people work and travel today.

Mr Smith said: “Fares reform will be key to helping people get back on public transport and making rail an attractive commuting option.

“Getting people moving is key to kickstarting the economy as the country emerges from travel restrictions in place due to Covid-19.”

Fare reform was expected to be a key part of the government-commissioned Rail Review, which had been due to be published last autumn.

But it was delayed by December’s general election and this year’s coronavirus pandemic.

A Department for Transport spokesman said: “While our top priority rightly is combatting the spread of coronavirus, we know long-term the outbreak will likely affect how we commute.

“We are still working at pace with industry to examine how we can help make sure part-time and flexible commuters are provided with better value and more convenient options.

“This builds on the plans announced earlier this year to trial new ticket types on some GTR services for flexible and part-time commuters.

“Our ambition before this crisis was delivering better journeys and value for money for passengers, and that commitment is unwavering.”