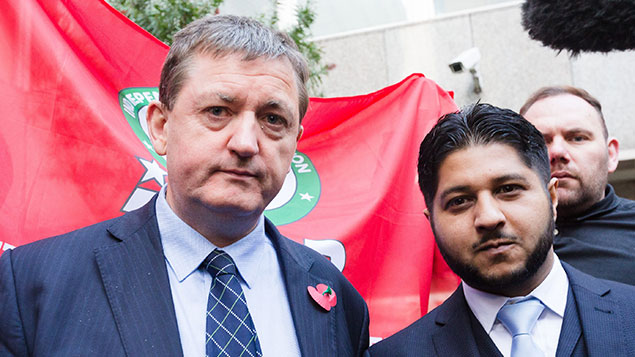 Tomorrow morning (Friday 19 February), at 9.45am the UK’s Supreme Court will hand down a final judgment in the long-running Uber BV and Others v Aslam and Others case.

The decision will clarify whether Uber drivers – working in the gig economy – are considered “workers”. If the judgment sides with the drivers, they will be entitled to basic rights such as paid holiday, rest breaks and the national minimum wage. The verdict will be studied carefully by all gig economy operators.

The case began with two drivers in 2016, who brought the case before the courts as they believed that they should be considered “workers” rather than self-employed.

The drivers contend that, during the periods covered by their claims, they were “workers” for the purposes of the Employment Rights Act 1996, the National Minimum Wage Act 1998 and the Working Time Regulations 1998. They argue that this entitles them to the minimum wage, paid leave and other legal protections. Uber argues that the drivers are independent, third-party contractors and not “workers”.

Following a preliminary hearing, an employment tribunal – in a case brought by the GMB union and law firm Leigh Day – found that the drivers were “workers” and that they were working whenever they: had the Uber app switched on; were within the territory in which they were authorised to work; and were able and willing to accept assignments. These findings were subsequently upheld by the employment appeal tribunal and the appeal court. Uber then appealed to the Supreme Court.

Bates Wells associate Rachel Mathieson told Personnel Today in July 2020 as the Supreme Court hearings took place: “One of the key issues is that if they are workers, when are they workers? Is it when the app is on – which is not accepted by Uber – or is it when there is a passenger in the car? Uber’s position is that there is no working time essentially.”

Michael Powner, partner at Charles Russell Speechlys, said in anticipation of tomorrow’s ruling: “The repercussions of the judgment would be wide-ranging as, while these cases are always fact-sensitive, it would make it harder for companies engaging people via digital platforms to assert that they are self-employed, despite contractual documentation which may state otherwise.

“On the other hand, a judgment in favour of Uber would significantly impact millions of workers in the gig economy. Moreover, it would indicate that the Supreme Court is leaving it to Parliament to decide whether or not to amend this legislation on employment statuses.”

In March 2020, judges in France ruled that Uber drivers were employees. But in the US, in California, initial rulings in favour of worker status for Uber and Lyft drivers were overturned in a state-wide referendum. Uber has also been involved in a complex case in Germany where it has to work with licensed private hire vehicle companies after being banned in 2015.