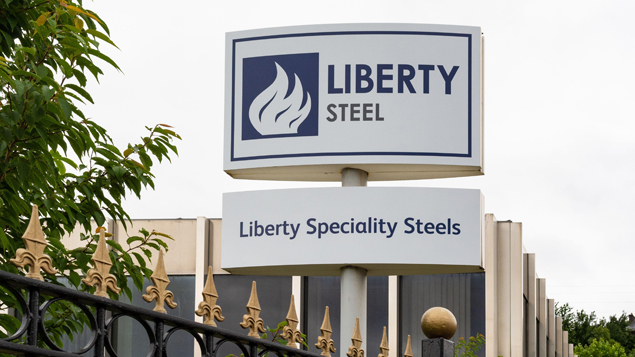 Around 5,000 UK steel jobs are at risk as one of the industry’s financial backers has gone into administration.

Greensill Capital, which appointed administrators on Tuesday morning (9 March), is the main financial lender to Liberty Steel, which employs around 3,000 people at a dozen sites across the UK. Another 2,000 people are employed at engineering businesses within the same group as Liberty Steel – GFG Alliance.

The Community union held crisis talks with GFG Alliance executive chairman Sanjeev Gupta, and said afterwards: “Sanjeev Gupta needs to tell us exactly what the administration means for Liberty’s UK businesses and how he plans to protect jobs. The future of Liberty’s strategic steel assets must be secured and we are ready to work with all stakeholders to find a solution.”

According to court documents seen by the Financial Times, GFG Alliance said last month that it would collapse if Greensill stopped providing it with working capital.

A GFG spokesperson said: “Our operations are running as normal and our core businesses continue to benefit from strong market conditions generating robust sales and cashflows.”

Greensill’s administrator, Grant Thornton, said it was in discussions with an “interested party” in the relation to the purchase of certain Greensill Capital assets.

A spokesperson for Gupta said Liberty’s operations were “running as normal”, had adequate funding for its current needs and that the refinancing plans were progressing.

Last month the Office for National Statistics revealed that the number of people on company payrolls had fallen by 726,000 since February 2020, although the larger falls were seen at the start of the Covid-19 pandemic. Unemployment, however, was at its highest in five years.