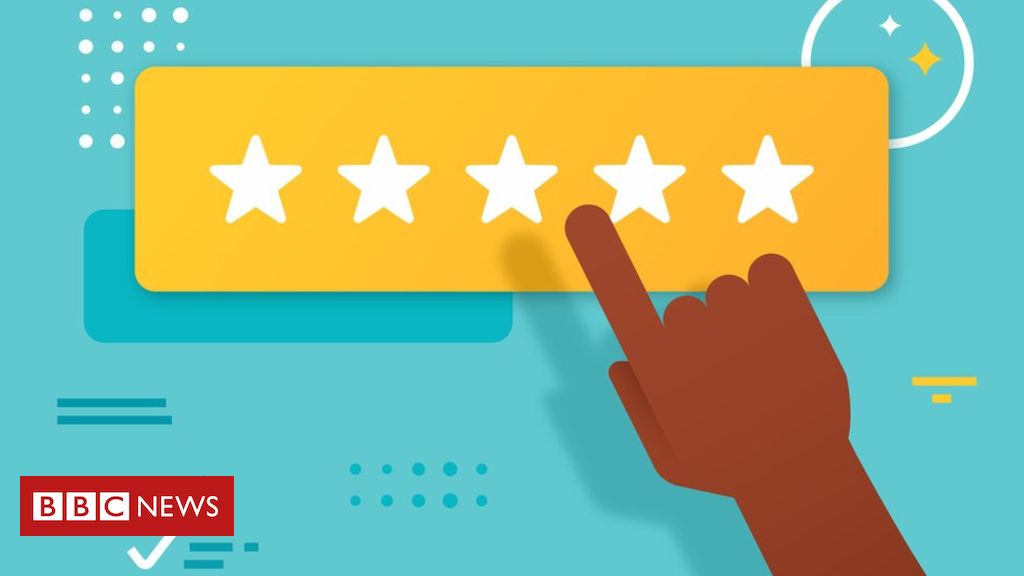 
The UK Competition and Markets Authority (CMA) has launched an investigation into fake and misleading reviews on several major websites.

It said it would examine whether online shops were “doing enough” to protect customers as they turn to online shopping during lockdown.

The authority warned it would “not hesitate” to take action if sites are disobeying the law.

That could include taking major retailers to court.

“During lockdown, we’re more dependent than ever on online shopping, so it’s really important that the online reviews we read are genuine opinions,” said CMA chief executive Andrea Coscelli.

“If someone is persuaded to buy something after reading a fake or misleading review, they could end up wasting their money on a product or service that wasn’t what they wanted.”

Some reviewers are offered money or other incentives in exchange for positive comments.

But fake and misleading reviews are illegal under consumer protection law – which bans traders from pretending to be consumers of their own products, for example. The CMA holds websites responsible for adhering to the rules.

The new investigation will cover areas such as:

The CMA declined to name the specific websites it was investigating, but highlighted previous discussions with Facebook, eBay and Instagram about the selling of fake reviews on their platforms.

It said Instagram had committed to tackling the market for fake reviews on its platform.

The CMA had also found the buying and selling of fake reviews in Facebook groups and on eBay.

The regulator said it was “not currently alleging that any website has acted illegally” – but would name and shame websites later if it had to take enforcement action against them.

Last year, the consumer group Which? said that in the space of a single month, it had found 55,000 posts offering free products to those who wrote good reviews on Amazon.

“It is good to see the regulator turning its attention to review sites,” a spokeswoman for Which? said.

It said online platforms needed to take responsibility for the problem.

“We are providing further evidence to the CMA that we hope will prove useful in the next phase of its investigation – and we expect the regulator to take appropriate action against platforms found to be falling short in their responsibilities to protect consumers.”