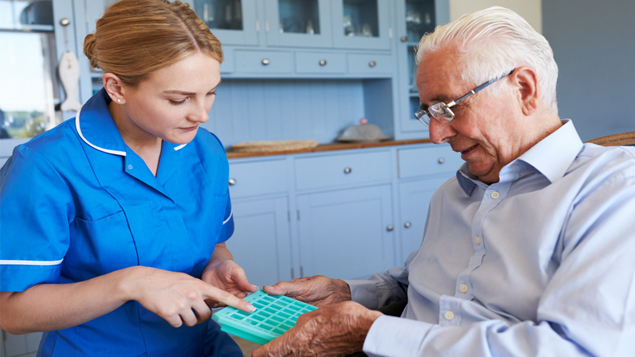 The government has been urged to scrap the Immigration Health Surcharge for migrant care workers as it may be deterring workers from outside the European Economic Area from choosing to work in the UK.

In April it was announced that NHS doctors, nurses and paramedics from overseas whose visas were due to expire before 1 October 2020 would be granted automatic visa extensions free of charge and would be exempt from the Immigration Health Surcharge – a £400 per year contribution towards access to the NHS, which is due to increase to £624 in October.

However, on Monday (18 May), foreign secretary Dominic Raab said there were no plans to extend the exemption from the charge to care workers.

The Royal College of Nursing has written to home secretary Priti Patel to ask that the charge is waived as a matter of urgency.

“We have already received devastating accounts from members who are struggling to pay the charge, and the impact that it is having on their families’ lives,” said RCN chief executive and general secretary Dame Donna Kinnair.

“This charge undermines the dedicated care overseas health and care staff provide to us all.”

Meanwhile, the GMB union has called for the £600 million emergency social care funding to be used for Covid-19 sick pay for care workers. Frontline workers in the NHS have been offered their full and normal pay if they are off sick with the virus, but this has not been extended to care staff.

The union is calling on the government to pay full, backdated sick pay to all social care workers who have followed government advice to self-isolate.

Rachel Harrison, GMB national officer, said: “Social care workers are our key worker heroes yet have been consistently failed by the government with regards to pay, PPE and testing.

“Most social care workers, if they get coronavirus, are faced with an impossible choice – stay home on poverty sick pay which means they can’t pay the rent or put  food on the table; or go into work and put colleagues and residents in danger. It’s a nightmare.

“Paying carers sick pay they can survive on is far and away the best way of controlling infection in our care homes.”