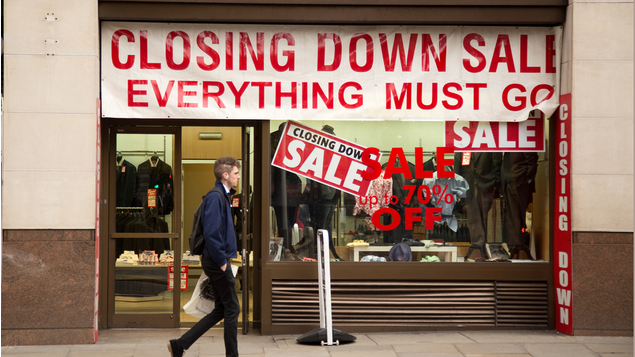 ‘Flexible furlough’ should be extended through to autumn to provide income support for those whose work continues to be disrupted while restrictions remain in place, a think-tank has urged.

Low-paid employees were twice as likely to either be furloughed or have their hours reduced during the first lockdown last year, the Institute of Employment Studies (IES) finds in its latest report.

Even through to the late summer, 30% of low paid workers were not working normally compared to 20% of those earning above the ‘real’ Living Wage – currently recommended by the Living Wage Foundation at £9.50 per hour or £10.85 in London.

Those earning below the Living Wage were also more than twice as likely to leave their jobs, with around one in 20 doing so each quarter last year, compared to one in 50 of those on higher rates of pay.

IES director Tony Wilson told Personnel Today: “One of the most striking findings in our report was that even as we started to ease restrictions through the summer and autumn, one in nine low paid workers were still working on reduced hours – with the ‘flexible’ furlough rules at that time not really compensating for this.

“We think it’s very likely that we’ll see similar disruption and hours impacts for most of the rest of this year, as firms recover from the crisis and start bringing people back to work.

“We saw similar impacts in the recovery from the great recession too, and for the lowest paid this would have a significant impact on their incomes. So we think that we need either to extend the current flexible furlough rules, or introduce the ‘Job Support Scheme’ that the government proposed last year, to help support more of those off work to return and to better maintain incomes through the recovery.”

He said there may be a case for the government to target job support measures more tightly, so they are focused on supporting those facing the greatest risk of losing jobs and income.

The report also notes that jobs losses have been higher in lower-paid sectors, such as hospitality and construction, than in higher-paying jobs, including public services and technology. This, it says, risks widening existing inequalities – particularly as disadvantaged groups are over represented in the jobs that are being lost.

The report says four immediate steps need to be taken to support low paid workers who have been affected by the Covid-19 crisis:

It also urges the government to make work “better” for those on low incomes, with suggested measures including implementing the recommendations of the Taylor Review of Modern Working Practices in full; establishing an effective, well-resourced single enforcement body for employment rights; and supporting employers and local social partners to make work “better”.

We need either to extend the current flexible furlough rules, or introduce the ‘Job Support Scheme’ that the government proposed last year, to help support more of those off work to return and to better maintain incomes through the recovery” – Tony Wilson, IES

Finally, it says investment is needed in employment and skills services, including the provision of more support for those on Universal Credit to find better work, and funding skills development pathways in low paying industries and retraining support in growing sectors.

“This crisis and our response to it have highlighted the precarious nature of low paid work, the consequences of one-sided flexibility and some of the inadequacies and weaknesses of our social security system,” the report says.

“We believe that over the next decade we need to build consensus on a new settlement – with discussions with stakeholders pointing to clear priorities around achieving full employment in decent work; tackling in-work poverty; addressing long-term insecure work; and improving income security through our social security system.”

The IES’s report was based on data from the ONS’s quarterly Labour Force Survey, interviews with 30 people in low-income roles and 10 people who had lost their job during the pandemic, and interviews with stakeholders including charities and trade unions.