Ensure women do not lose out on maternity pay, say Labour 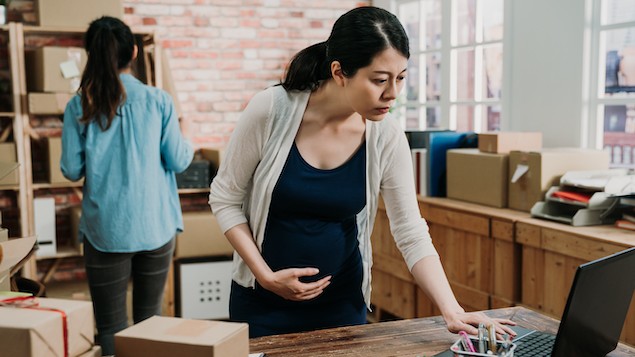 The Labour party has called for the government to take urgent action to ensure that those who have been pregnant during the pandemic do not have their maternity pay wrongly docked.

It has claimed that many pregnant women were put onto statutory sick pay (SSP) when lockdown restrictions were enforced in March – when they should have been sent home on full pay – meaning they did not reach the qualifying amount needed to receive statutory maternity pay (SMP).

Pregnant staff were added to the list of those viewed as clinically vulnerable when lockdown was imposed, meaning thousands were unable to work if their job was not feasible from home.

But in order to qualify for SMP, pregnant women need to have been paid at least £120 a week on average in the eight weeks leading up to their maternity leave.

Because SSP is just £95.85 a week, women who had to shield on this level of pay would not qualify for SMP.

Andy McDonald, Labour’s shadow employment rights minister, said: “It is wrong that pregnant women have not only lost income as a result of being wrongly sent home on sick pay rather than their full wage, but have had their maternity pay slashed as well.

“Covid-19-related spells on statutory sick pay should not mean women have their maternity pay cut, and the government needs to act now, end this injustice and protect pregnant women’s rights.”

Labour believes that many women will have lost thousands of pounds due to this gap in protection, and wants the government to change the regulations so that those whose pay fell below the qualification level because they were on sick pay do not lose out.

In April, the government changed the regulations so pregnant women and fathers did not lose out on maternity and paternity pay if they had been furloughed on 80% of their normal wage – the shadow cabinet is calling for the same for those who were on SSP.

Charity Maternity Action has written six times to Therese Coffey, the work and pensions secretary, to highlight the issue. Director Ros Bragg called the loss of earnings a “triple whammy of reduced income”.

She said: “In April, ministers rightly amended the maternity pay regulations to prevent furlough pay affecting entitlement to SMP, and they should have addressed the issue of women wrongly forced on to SSP at the same time.”