Employees on maternity leave can still access furlough after deadline 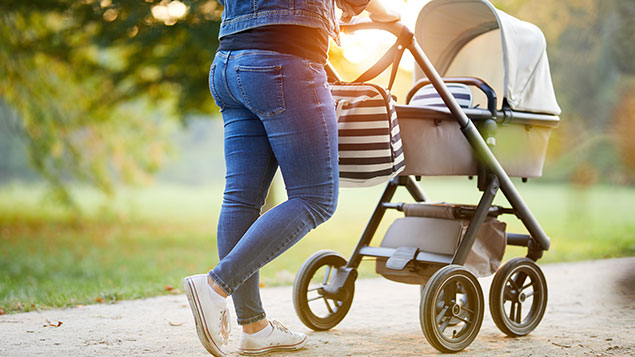 Parents who are on statutory maternity and paternity leave due to return to work in the next few months will still be eligible for the furlough scheme after it otherwise closes to new entrants today (10 June).

Chancellor Rishi Sunak announced the last-minute change to the Coronavirus Job Retention Scheme (CJRS) yesterday evening, meaning those returning from parental leave in the coming months will not miss out on furlough support.

Organisations looking to place employees who have not yet been on furlough onto the scheme must do so today for the final three-week slot before it closes to new sign-ups on 30 June.

Campaign groups had warned that employers, unable to place those on statutory maternity or paternity leave on furlough, could look to make those workers redundant instead.

Maternity Action wrote to the chancellor earlier this month to urge him to make an exemption on the cut off date for those on family leave who do not return to work until after 10 June.

Announcing the changes last night, Sunak said: “When I announced these changes to the furlough scheme last month, I was clear that we wanted to do this in a fair way, that supports people back to work as the country begins to re-open following coronavirus.

“But for parents returning from leave, their circumstances have meant that they are still in need of support, and I’m pleased that they will be able to receive the financial assistance they and their family will need.”

The change will only apply to employees that work for an organisation that has previously furloughed employees.

Last month the Treasury announced that the CJRS, which has so far subsidised 2.7 million salaries, would begin to wind down from July.

David Browne, employment partner at law firm Shakespeare Martineau, said that employers still faced some challenging decisions ahead: “Throughout the process there have been lots of points where the law has been ambiguous, creating challenges for employers and their advisers alike. However, now the scheme is drawing to an end and the government has made it clear how the coming months will play out.

“Employers must now take all of this information on board and make careful decisions about their future workforce structure. Ultimately, they must do what is going to keep the business operationally feasible and this may include continuing to use the furlough scheme until it ends in the Autumn.

“Many employers will also be faced with tough decisions when considering life after furlough and redundancies may need to be made. It’s important to remember that individuals whose jobs are at risk and who have not been furloughed may have the basis to make a claim for unfair dismissal, as every avenue hadn’t been explored to help prevent the redundancy. As such, employers should be expected to demonstrate why furlough was not considered as a viable option for some employees subsequently made redundant.

“Above all, employers should keep in mind that employees will remember how they’ve been treated through the pandemic. Businesses that get it right will benefit from goodwill and positive feeling, whereas those that treat employees poorly at this time may find themselves dealing with a bad legacy, which is hard to reverse.”

The government is due to announce more details of changes to the furlough scheme on Friday 12 June, when it publishes updated guidance.