Employee who took cannabis for back pain unfairly dismissed 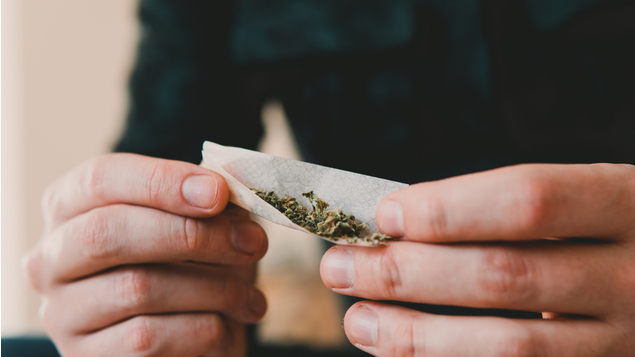 A recycling employee who failed a drugs test was unfairly dismissed, with an employment tribunal finding that his employer did not take into account his ‘unblemished’ service and his medical reasons for taking cannabis.

Mr Pamment had worked at Renewi UK Services for 14 years before he was dismissed on 1 April 2020, following a random drugs test that showed he was over the limit for cannabis, opiates and morphine.

He had been prescribed the opiates and morphine by his GP to help with back pain, so they were not the reasons for dismissal, but he had also begun taking cannabis in December 2019 to help his condition.

He had been off work with back problems for six months before returning on 6 January 2020. Despite this absence, he did not have a return to work interview because his line manager was not available.

Mr Pamment told the tribunal that he would have informed his line manager that he found using cannabis beneficial for managing his condition had he been given the opportunity to do so.

After failing the drugs test on 11 March 2020, Mr Pamment was suspended. He was invited to a disciplinary meeting on 30 March by Mr Congdon, an engineering manager at a different site to the one Mr Pamment worked.

Following the meeting, but before a decision was reached, Mr Congdon spoke to Ms Bailey from the firm’s HR department. She told him that everyone who had failed a drugs test had either resigned or been dismissed. The tribunal found this conversation had influenced Mr Congdon’s decision to dismiss Mr Pamment.

The employee was told that failing the drugs test was gross misconduct.

His appeal against this decision was also dismissed by the firm, with the company’s letter giving reasons that included Mr Pamment not discussing his cannabis use with management or seeking support from the company prior to testing positive; and that Mr Pamment had used cannabis without a prescription from his GP, which was in breach of the firm’s alcohol, drugs and medicines policy.

At the East London Tribunal Centre hearing, Renewi said that its decision to dismiss the claimant was justifiable because Mr Pamment had been “under the influence” of cannabis at work;  the drugs test confirmed the level of cannabis present in his bloodstream was over the legal limit for driving; and he “did not come into work free from the effects of illegal drugs”, which created a health and safety risk.

However, Mr Pamment argued that he was a “driver’s mate” and did not drive company vehicles, nor was he in a safety-critical role, which made the argument that he was over the legal driving limit for cannabis irrelevant.

He said that his performance while using cannabis had not been called into question and that he had an entirely credible, medical reason for using it. He had also told the company that he would stop using cannabis and would pay to have regular drug tests himself.

Employment tribunal judge Paul Housego concluded that Mr Pamment’s dismissal had been unfair because the firm had not taken into account his genuine reason for taking cannabis or his long, unblemished service.

The firm had concluded that he had committed gross misconduct without assessment of the wider circumstances; had relied on him being over the legal driving limit for cannabis, when driving was not part of his job; and had not considered whether support for potential drug issues could be explored as an alternative to dismissal.

The judge also found that Mr Congdon’s decision was influenced by his conversation with Ms Bailey, who the judge said was “not wholly objective” as she had sent the claimant numerous text messages asking about his health in September 2019, which the claimant had told her he found stressful.

A remedy for unfair dismissal will be discussed at a later hearing.