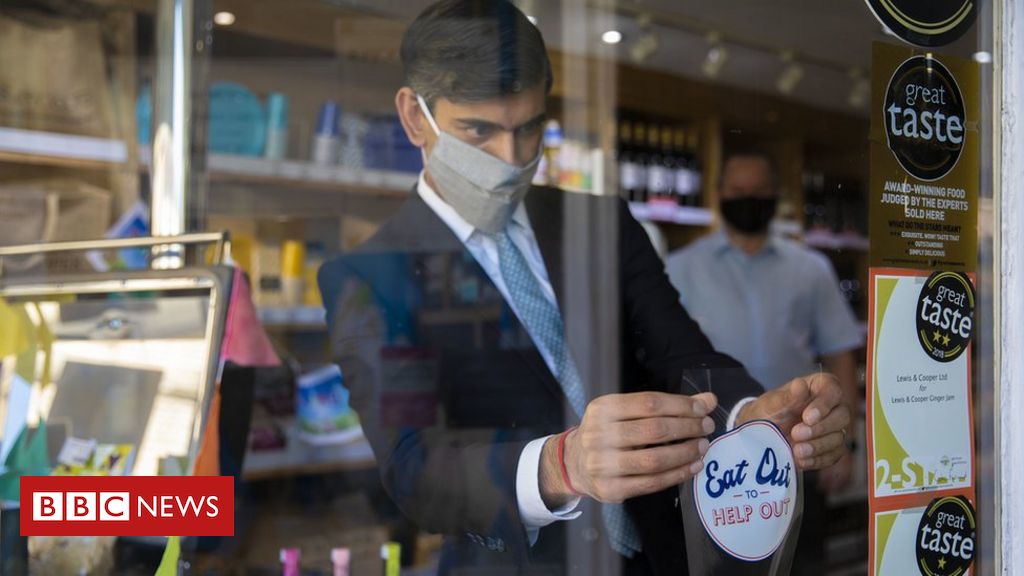 Eat out to help out: More than 10.5 million meals claimed in first week

Eat out to help out: More than 10.5 million meals claimed in first week


Diners used the “eat out to help out” scheme more than 10.5 million times in its first week, the Treasury has said.

Under the scheme, which is intended to boost the struggling hospitality sector, the government pays for 50% of a meal eaten at a cafe, restaurant or pub on a Monday, Tuesday or Wednesday.

The discount, which is due to run through August, is capped at £10.

Treasury estimates put the average claim at close to £5, making the cost of the policy around £50m so far.

Chancellor Rishi Sunak described the figures as “amazing”, adding those using the scheme were helping support the hospitality sector.

The government has set aside £500m to fund the policy.

And it has already led to an increase in the number of people visiting High Streets across the country, according to Springboard, which measures footfall figures.

It said the number of people in retail destinations after 18:00 BST last Monday, the first day of the scheme, was 19% higher than the week before. Meanwhile lunchtime visits were up 10%.

However, visits to High Streets are still down significantly compared to the same time last year.

The Treasury said that 83,068 restaurants had signed up to the scheme.

They include fast-fast food chains like McDonald’s and KFC as well as lots of local, independent pubs, restaurants and cafes.

Government figures show that 80% of hospitality firms stopped trading in April and that 1.4 million workers were furloughed – the highest proportions of any sector.

“Britons are eating out to help out in big numbers,” said Mr Sunak.

“And they aren’t just getting a great deal – they’re supporting the almost 2 million people employed in this sector,” he said.

The discount is only on food and soft drinks eaten on the premises, so it does not apply to takeaways.

There is no limit on how many times the discount can be used in August, or for how many people, including children.