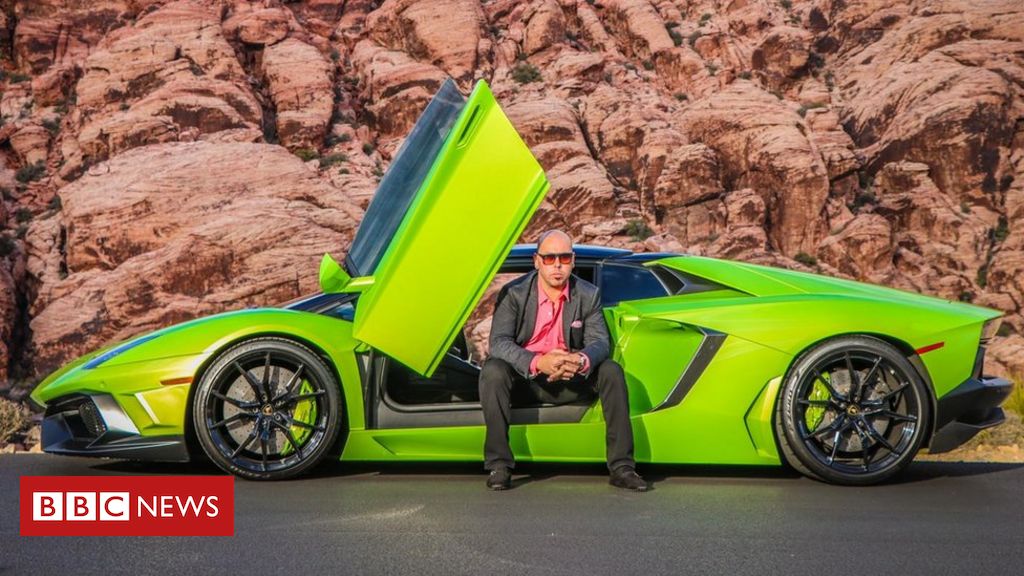 Dropshipping: The hustlers making millions from goods they never handle

Dropshipping: The hustlers making millions from goods they never handle


Gabriel Beltran moved from Uruguay to Miami with the dream of making it big as a drummer.

Five years ago, he was struggling to pay his rent and living on his girlfriend’s student loan.

Then he made over $20m (£15m) through a little-known online retail technique: dropshipping.

And in bedrooms around the world other savvy individuals are getting rich the same way.

The sellers never see their products. They typically remain completely anonymous. And their marketing reaches hundreds of millions of people.

The process is simple: the dropshipper goes to an online Chinese marketplace and identifies a cheap product.

The seller sets up a flashy website, suggesting the product is made in the US or Europe, and adds a huge mark-up.

When an order is received, the seller collects the customer’s money, and only then do they buy the product.

Finally, the product is shipped directly to the customer from China.

In practice, the vendors act as virtual middlemen or women.

All this is legal and often done well.

But the anonymity it confers means there is also abuse. The sale of counterfeit products is commonplace, and customers often don’t receive their orders.

Gabriel started off selling fake NFL products and made $50,000 in just one month. He says he hasn’t sold knock-off products since.

”Stores come and go, and they literally steal money from people,” he told the BBC.

“Those stores make millions of dollars within a month and then disappear and don’t even ship a product.”

Sometimes the goods aren’t actual counterfeits, but may still infringe the intellectual property rights of the tech firms whose designs have, in effect, been cloned, even though the product is sold under a different brand and uses its own packaging.

Kevin David is a dropshipper who doesn’t engage in the sale of such goods. But he says some of his friends have made ”hundreds of thousands a month selling knock-off AirPods”.

”It’s very easy to take the moral high ground, but if a lot of people had the skillset and were making tens of thousands of dollars profit a day, then they would probably think pretty differently,” he says.

Dropshipping is not new, but the rise of social media celebrities has supercharged the model.

Sellers previously marketed their products via eBay and/or Facebook adverts. But the boom in ”influencer marketing” has given them access to many more credulous customers.

Sarah Mebarki worked for a dropshipping operation, Magnetic SL, which sells products that feature its own brand.

”Influencer marketing is nowadays enough to create the image of a strong and influential brand,” she explained.

”People think you have to be an internationally renowned brand to engage influencers like Kourtney Kardashian, but that’s completely false. Influencers who care about the quality of product they promote are rare, or even non-existent.”

Magnetic SL has attracted more than 1,000 complaints online. They include stories of the product not being delivered, or taking months to arrive.

However, there is an equal number of glowing reviews.

Sarah told BBC Click that the dropshippers she worked for had flooded Trustpilot, a major consumer review website, with bogus posts.

”Almost 70% of their total customers wrote one-star reviews… so basically, they just bought fake reviews [to counteract them] and created fake accounts in order to make fake reviews.”

Glenn Manoff, Trustpilot’s chief communications officer, says it is aware of Magnetic SL’s practices and has added a warning banner to the firm’s page.

”Consumers can see that we have total transparency on the platform and can see how many reviews are being flagged.”

BBC Click emailed Kourtney Kardashian’s representatives informing them of the company’s practices and highlighting the complaints. Ms Kardashian declined to comment, and her promotional video is still live on the dropshipper’s Instagram page.

Magnetic SL did not reply to the accusations put to them.

The vast majority are “sole traders” and can make a living with just a hundred thousand followers, a relatively modest number.

And the mix of closed High Street stores and people stuck at home during the coronavirus lockdowns has benefited the trade.

Charli Paton, manager of influencer Zara McDermott, told BBC Click that her email inbox is flooded with offers from dropshippers asking her client to promote what she believes to be knock-off goods.

”I think these companies prey on the fact that influencers and management companies don’t always do their due diligence,” she says.

Under such circumstances, it can be a case of buyer beware.

”Anybody can source products online with a degree of anonymity, quickly sell a whole bunch of dangerous or counterfeit products and then exit the system,” says Mike Andrews, from the UK’s National Trading Standards eCrimes team.

She has since reimbursed every follower who got in touch.

”There are a lot of ‘scammy’ companies, but honestly, I haven’t experienced anything like this before the pandemic,” she says.

”It was my responsibility to make sure this company was legit and I didn’t do it.

“People get angry because they ask why people like us actually do this kind of promotion without looking into it. And they’re totally right.”