Doubts over 1,200 jobs as burger chain faces sell off 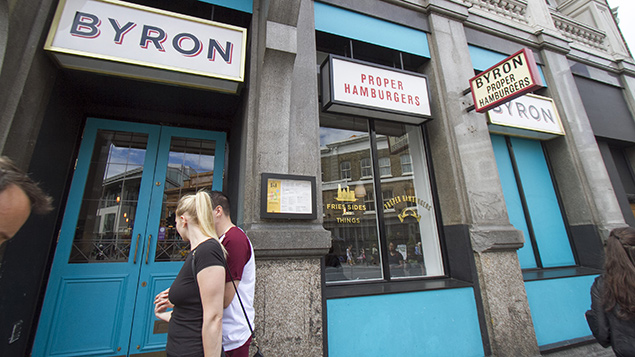 The futures of about 1,200 jobs are under threat with the news that burger chain Byron is the latest major restaurant operator to face financial collapse during the coronavirus crisis.

Sky News and the BBC reported today that the chain has filed a notice of intention to appoint administrators, although Byron has itself not confirmed the news so far. The move would give legal protection from creditors while discussions take place with them about debts.

A limited reopening of Byron restaurants is expected from mid-July and some of its branches are already offering takeaways.

Accountancy firm KPMG has been seeking to sell Byron since May but there have been no bids to buy the 51-outlet, 2007-founded chain as a going concern. It is currently owned by Three Hills Capital Partners.

There is, though, thought to be interest from several sources in acquiring parts of the business – including the brand name and certain sites. This could lead to a so-called pre-pack administration where individual assets are sold to new owners.

The appointment of administrators will stave off creditors while the chain conducts talks with potential buyers. In 2019 generated a turnover of £70.9m, with a gross profit of £31.6m. This represented a startling recovery given that in the previous financial year Byron had made a loss of over £42m.

Meanwhile, Café Rouge, Las Iguanos and Bella Italia owner Casual Dining Group is looking for a buyer, putting some 6,000 jobs at risk, and the Restaurant Group, which runs Frankie & Benny’s and Garfunkels, will close more than 100 restaurants with the loss of 3,000 jobs under a company voluntary agreement. It had already placed its 80 Chiquito Tex-Mex restaurants in administration at the end of March. Carluccio’s, owned by Landmark Group, also entered administration in March.