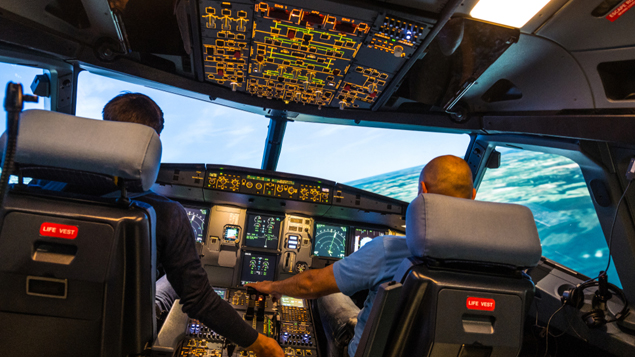 Aspiring airline pilots have been warned not to begin any training courses as they are unlikely to find employment.

The plea came from the British Airline Pilots Association (Balpa), which claimed there were around 10,000 unemployed commercial pilots across Europe, including 1,600 in the UK.

The aviation sector has been one of the worst affected by the Covid-19 pandemic, with thousands of jobs at airlines, airports, handling companies and manufacturers lost this year.

Balpa claimed pilot training can cost upwards of £100,000 and encouraged students to delay investing such a large sum of money in becoming qualified while there were few jobs available in the sector.

“In this situation it would be irresponsible if we did anything other than warn people to consider delaying their flight training at this time,” said Wendy Pursey, the union’s head of membership and careers services.

“Many pilots are working part time or on reduced pay to save jobs. And there are already around 200 trainees in flight training schools who were on a path to jobs with easyJet who now have no clear route to even a licence, far less a job.

“This is not a positive picture for anyone whose heart is set on entering this profession. There will be fewer jobs, with more people competing for each one even once this pandemic is over.”

Balpa urged potential pilots to develop their skills and experience in another profession until the aviation sector was “in a more robust shape”.

For those still set on embarking on training, Pursey suggested choosing modular training which allowed them to learn and work in other fields.

The announcement that domestic and international leisure travel would be banned during England’s second lockdown was “yet another body blow for the airline sector and the thousands of people who work in it”, said the union.

It issued a series of demands to the government earlier this week, which included a commitment to end the ban by 2 December; provision of sector-specific financial compensation ring-fenced away from shareholders, the introduction of Covid-19 testing at airports at the end of the lockdown; a 12-month waiver on air passenger duty; a moratorium on any further job losses; and the publication of the long-awaited government relaunch and recovery plan.

“This is crunch time. We need action now. The government simply must respond if it wants a functioning airline industry to exist after the winter to power our economic recovery post-Covid,” said Balpa general secretary Brian Strutton.

Last month the International Air Transport Association warned that cost-cutting by airlines would not be enough to avoid bankruptcies and prevent further job losses in 2021, and called for more state support and pre-flight Covid-19 testing to open up borders.

Aircraft manufacturer Boeing has announced almost 50,000 redundancies this year, while thousands of cuts or employment changes, such as pay cuts, have been implemented by Airbus, easyJet, Ryanair, British Airways and Virgin Atlantic.

HR jobs in the Aviation sector on Personnel Today