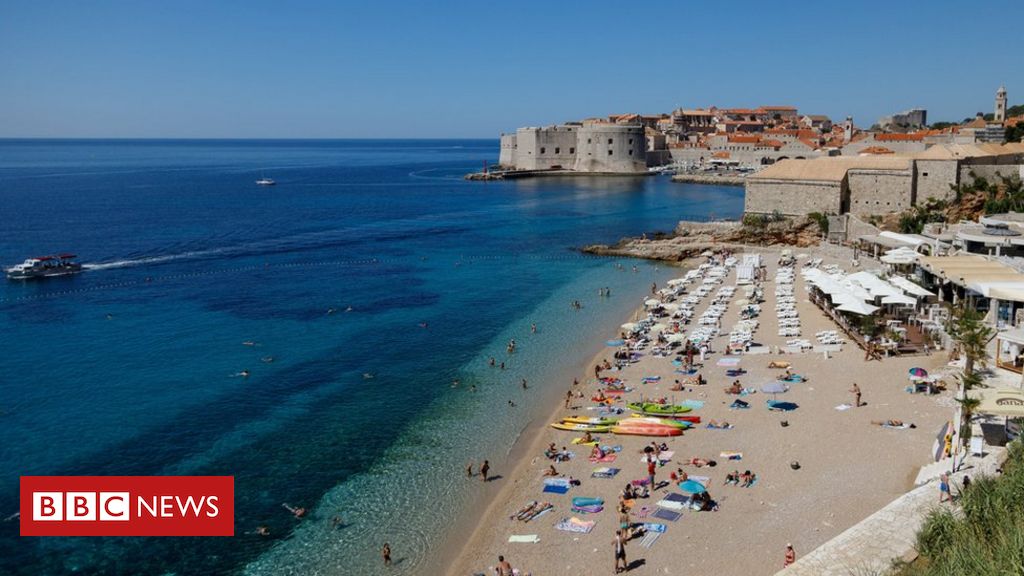 Croatia could be next on UK quarantine list, say sources

Croatia could be next on UK quarantine list, say sources


Quarantine measures could be imposed on people travelling to the UK from Croatia, the BBC has learned.

Ministers met in London on Thursday to discuss any changes to the UK’s list of safe travel corridors.

If Croatia is removed from the list, people returning from the country will have to quarantine for 14 days.

It follows similar decisions by the government in recent weeks over Spain, France and Malta, leading to a rush of tourists trying to return home.

Sources have also told the BBC there is concern about cases in Trinidad and Tobago – where a number of British residents visit.

Meanwhile Portugal, which was originally left off the exemption list, could be added after a fall of cases in the country.

There has been a significant rise in coronavirus cases in Croatia in recent days.

The country had a record number of new cases on Wednesday, with 219 people testing positive – including a player for Croatian football league champions Dinamo Zagreb.

The UK relaxed blanket restrictions on people coming into the country at the start of July, creating a list of travel corridors where people could go without having to quarantine on their return.

Many European countries were included on the safe list – excluding Portugal – but the government warned it would add destinations if coronavirus cases rose.

Transport Secretary Grant Shapps told BBC Breakfast the decision to remove a country from the travel corridor list was triggered when its rate of infection exceeded 20 cases per 100,000 people over seven days.

Quarantine restrictions have now been reapplied to several countries:

The rules mean anyone travelling to the UK from the destination must isolate for 14 days.

People who do not self-isolate can be fined up to £1,000 in England, Wales and Northern Ireland, and £480 in Scotland, and there are fines up to £5,000 for persistent offenders.

The most recent figures released by the National Police Chiefs Council, for the period up to 20 July, showed just one person had been fined in England and Wales for breaching quarantine rules.

Are you about to travel to Croatia? Are you in the country and heading home soon? Share your experiences by emailing haveyoursay@bbc.co.uk.