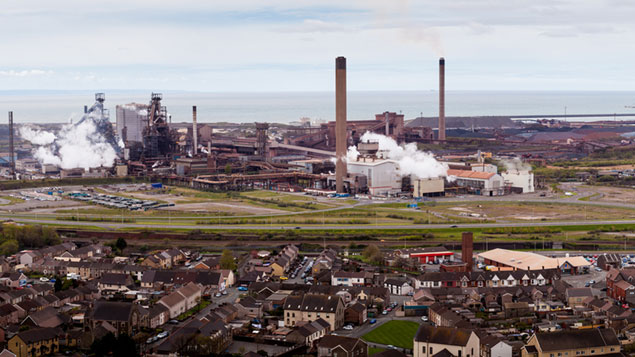 Several large companies have announced encouraging results from workplace Covid-19 tests, that they say have saved thousands of working days and allowed sites to continue operating throughout the UK.

Retailer John Lewis, which also runs Waitrose, said it had conducted more than 45,700 government-supported tests, with fewer than 1% of results returning positive. This had led it to save 6,643 working days for 2,286 employees, it said.

Tata said it had completed 5,627 checks and estimated that 12,500 work hours have been saved.

Dean Magill, head of central operations at Tata Europe, said without the tests it would have been “very difficult to run the plant”. Tata is planning to roll out the scheme to all its 18 UK sites.

Mass lateral flow testing for asymptomatic people has previously been credited with lowering coronavirus case rates in hotspots such as Liverpool and Merthyr Tydfil.

The government pilot scheme has so far paid for more than 1.5 million tests across the public and private sectors.

Carmaker Bentley has provided nearly 15,000 tests to staff at its factory in Crewe, Cheshire, since May last year and said there had been no proven cases of transmission.

Lord Bilimoria, the president of the Confederation of British Industry (CBI), said: “To truly get to grips on this stubborn virus, we must not only continue with a successful vaccine roll-out, but get more businesses testing in the workplace. Lateral flow tests in factories, shops and work sites would mean we can catch new cases quicker when there are no symptoms.” However, CBI figures show 87% of businesses are not testing, with firms citing logistical barriers and a lack of expertise.

Government figures released last week state that about 735,000 lateral flow tests have been distributed across the public and private sector so far. Health secretary Matt Hancock said: “Lateral flow tests have already been hugely successful in finding positive cases we would not otherwise find and I encourage employers and workers to take this offer up to help protect essential services and businesses.”

Outside of business, 156 local authorities have rolled out community testing programmes, with more than 7 million test kits delivered to participating councils.

In December 2020 the BMJ medical journal published results showing the lateral flow tests lacked accuracy, but public health experts have since defended their use, saying that the detection rate was high enough for them to be effective.