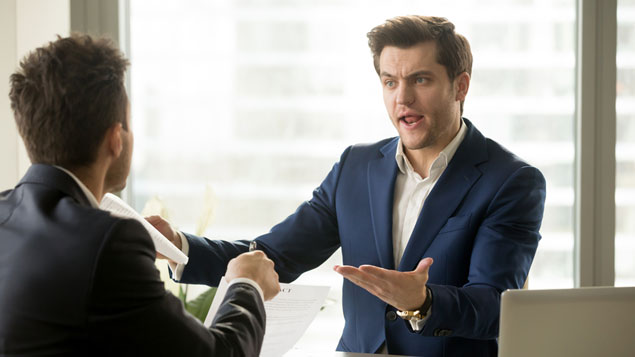 Whistleblowers have had their concerns ignored (posed by models)
Photo: Shutterstock

Nearly half of employees with coronavirus concerns have been ignored by employers over the past seven months, while a fifth of whistleblowers were dismissed for raising concerns.

According to a new report by whistleblowing charity Protect, employers were indifferent to the issues raised by 41% of employees around Covid-19 safety measures and possible furlough fraud. And 20% found themselves out of a job after making their fears known or asking too many questions.

Protect chief executive Liz Gardiner, said: “There is no excuse for employers to ignore whistleblowers, but during a global pandemic, it is a danger for us all when concerns are not acted on and the consequences could be a matter of life and death.”

Protect, which runs an advice line for whistleblowers and supports more than 3,000 whistleblowers each year, said it had been inundated with Covid-19 whistleblowing concerns, with many being “of an extremely serious nature”.

It examined more than 600 coronavirus related calls to its advice line between March and September, finding that most were about furlough fraud and public safety, with lack of PPE and provision for social distancing being chief among concerns.

It found that managers were more likely to be dismissed for raising concerns than non-managers with 32% of managers losing their jobs compared with 21% of non-managers. The analysis suggested that furlough fraud was more likely to happen in very small organisations with three-quarters of callers (76%) describing their company’s size as between one and 49 employees.

In one, Raj, a care assistant for a company of care homes, raised concerns that an outbreak of Covid-19 within the home had been handled poorly and that a decision taken by the home not to refer a patient to hospital had resulted in their death. He also suggested that patients’ treatment breached the Care Quality Commission’s Regulations on Dignity and Respect.

Raj reported these issues to his manager and the CQC. As a result, Raj was bullied by senior managers who did not investigate his concerns and he was later dismissed by his employer on the grounds of poor conduct.

Another case featured a production worker at a food processing plant. Terry had routinely witnessed people queueing in corridors in breach of social distancing guidelines and brought the matter up with HR, who brushed his doubts under the table. He was told not to come into work wearing a face mask, but when he did, to protect himself and colleagues, he was suspended. Now staff are allowed to wear face masks, but Terry has been dismissed. He is being supported by his union and appealing the dismissal.

Darren Jones MP, chair of the Business, Energy and Industrial Strategy Committee said: “Whistleblowing is a vital means for workers to raise concerns and shine a light on wrongdoing. Putting in place effective whistleblowing arrangements should be a key part of good governance.”

This report recommended the introduction of a legal standard on employers to have whistleblowing arrangements in place, including a requirement to give whistleblowers feedback on the concerns raised. It also suggested a penalty regime should be implemented where an organisation could be fined or sanctioned for breaching the whistleblowing standards.

Gardiner said: “We want lessons to be learned from our report which demonstrates real issues around fraud and public safety. Organisations have a duty of care to protect their staff.”