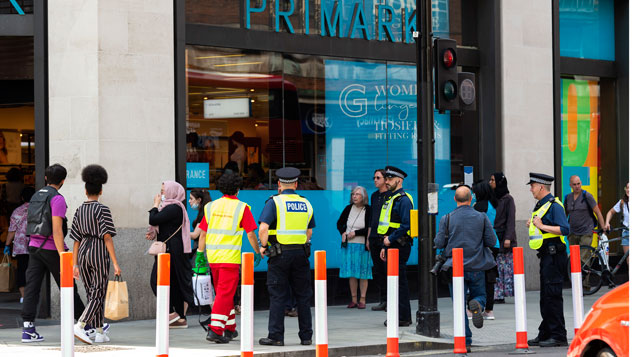 Shop workers have faced a doubling of assaults and abuse during the Covid-19 pandemic, according to a union representing retail staff.

The Union of Shop, Distributive and Allied Workers (Usdaw) claimed retail workers have been assaulted, threatened or abused at least once a week on average since the start of pandemic, whereas in 2019 such incidents occurred only once a fortnight. Since late February and the onset of panic buying and the following month the introduction of social distancing, the average retail worker has been assaulted, threatened or abused once every 6.5 days, said the union.

Usdaw has launched a petition to help persuade the government to “create a specific offence of abusing, threatening or assaulting a retail worker”. The petition’s preamble adds: “The offence must carry a penalty that acts as a deterrent and makes clear that abuse of retail workers is unacceptable.”

A private members bill – the Assaults on Retail Workers (Offences) Bill  2019 – which is sponsored by Alex Norris MP (Labour, Nottingham North), is due to receive its second reading in the House of Commons on 25 September.

Usdaw general secretary Paddy Lillis said: “It’s unacceptable for any walk of life and it needs to stop. There has to be something tangible there that the criminal knows if he attacks a worker, if he assaults and abuses a worker, he will face the full rigours of the law.”

The British Retail Consortium in its most recent retail crime survey calculated there were more than 420 violent incidents against retail staff a day and stores were having to spend around £1.2bn a year nationally on prevention. Both these figures have most likely risen since March when they were published.

BRC chief executive Helen Dickinson, said: “The thousands of attacks on retail workers are not merely statistics, they represent real people who needlessly bear the cost of retail crime. From abuse, to threats, to violence, those affected carry those experiences with them for a lifetime. Assault on retail workers should become a standalone offence because no one should have to go to work fearing violence or threats.”

A number of retailers have responded to the surge in incidents by adding body cameras to staff’s uniforms.

The cameras have, anecdotally, defused a lot of situations, according to retail managers, one of whom told Sky News: “If you tell them ‘you’re being filmed’, they just leave the store.”

In late July, Sainsbury’s, Asda, Morrisons and the Co-op were among chains that said they would not ask staff to police the compulsory masks rule, which carries a £100 fine for non-compliance. They said they would encourage shoppers to “play their part” through signage and announcements in store.

The police had asked the stores to refuse admittance to those without masks but it is thought that, faced with increasing numbers of incidents of aggression, the stores felt that violence would only increase further if they attempted to enforce the rules.

Jo Whitfield, chief executive of Co-op Food, said: “On a daily basis they face abuse, threatening behaviour and even physical assault. Our own figures show that during the Covid-19 crisis such instances have risen and enforcing the wearing of face masks could be another flashpoint.”