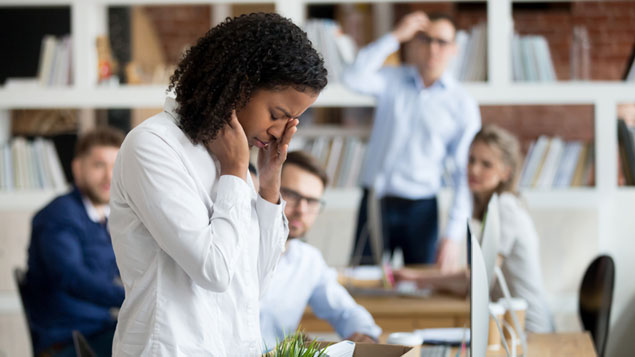 People from ethnic minorities in the UK have been hit disproportionately by job losses and reduced hours during the Covid-19 crisis.

According to campaigner Hope Not Hate, which drew on a three polls and data from outside sources such as Public Health England (PHE) for its newly published research, BAME people were significantly more likely (13%) to report having had their hours reduced compared with those from a nationally representative sample (9%). They are also nearly twice as likely to report having lost their job (7% compared with 4% nationally from May and 3% from June).

More BAME respondents had struggled to pay their rent (9% compared with 5% national average) and had fallen into debt (also 9%-5%) than the UK average.

One diversity expert commenting on the report predicted that BAME people would be disproportionately hit by redundancies, too, as unconscious bias crept into decision-making.

The study also pointed to a breakdown in trust in the government with 62% saying the government had not handled the pandemic crisis well and 57% of respondents saying ministers had not done enough to protect BAME people.

A quarter (26%) of all respondents felt that Covid-19 was not as serious as the government and media portrayed it to be, with younger BAME men most likely to reject the severity of the virus  – despite PHE establishing in an earlier report that BAME individuals were more at risk from Covid-19 than the national average. This was because of a combination of factors including institutional racism and the overrepresentation of ethnic minorities in front-line, high-risk and insecure roles.

Hope Not Hate said this erosion of trust in the government presented “serious implications” for Public Health England to get messages across to BAME communities. The report’s author, Rosie Carter, said there were “serious implications for PHE to reach BAME communities with public health messaging regarding prevention, testing and contact tracing”.

Carter added: “Now we are heading into the next phase of the pandemic response, the evidence is mounting that BAME communities have been hit hardest by both the pandemic and the consequences of lockdown.

“It is vital that the government urgently prioritises a targeted public health strategy that bridges gaps between communities, reaches those most at risk and contributes to building better support networks across our society.”

The findings were based on a comparison of three polls that surveyed experiences during the Covid-19 crisis: two nationally representative polls carried out in May and June, and of one of BAME adults carried out in July.

“It’s not right that BAME workers are bearing the brunt of this crisis. As well as being put at greater risk of exposure, they are much more likely to have lost their job.

“We need to build back better from this pandemic. And tackle the structural racism in our economy Covid has exposed.”

The report cited the localised outbreaks in towns like Leicester, Blackburn, Oldham as showing that overcrowded housing shared by many generations of families reflected socioeconomic disparities that put BAME communities at greater risk of transmission. It stated: “Given that BAME Britons are more likely to be impacted by the economic impacts of lockdown, it is essential that financial support from the government, in regards to business support, the furlough scheme, mortgage holidays and rent relief among others, are extended in the event of localised lockdowns.

Nic Hammarling, head of diversity at business psychology firm Pearn Kandola, said the findings were in line with previous examples of economic downturns. “It’s always been the way that, in times of crisis or pressure, diversity suffers,” she said. “During the financial crash of 2008-9, for example, women and BAME workers were, by far, the worst affected.

“As times become tougher, those on part-time or zero-hours contracts will be the first to be cut loose. The inevitable impact that this will have on diversity hinges on the fact that people from BAME backgrounds are over-represented in the zero-hours workforce.

Hammarling also alleged that bias would play a part in many firms’ redundancy processes. “There will inevitably be redundancies. Leaders will have to make those critical decisions about who stays and who goes. They’ll say – and believe – that their decisions have been made in the interest of the wider organisation, but when these decisions are made hastily, bias seeps into the process. We know from many previous cases that in circumstances such as these, women and people from BAME backgrounds are disproportionately affected by redundancy processes.

“Finally, when organisations start to recover, research suggests that we’re likely to see an increase in minority leaders experiencing pressure to take on riskier, less stable opportunities. Many will have seen the impact of the first two stages on other minority workers and, feeling a pressure to prove themselves, may see these more tumultuous positions as their only opportunities to progress.”