Could furlough and redundancy for visa holders increase the skills gap? 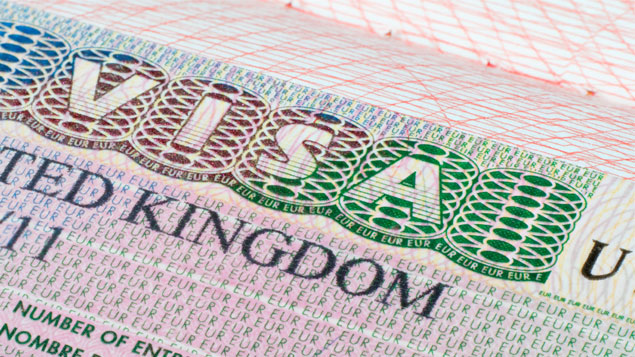 Furlough and redundacy may force some skilled migrant workers to return home. Jonathan Beech explains the impact of job losses and lay-offs on non-EEA workers and future skills in the UK.

With over nine million workers in the UK now furloughed, job insecurity is facing some workers, but it’s potentially even more pronounced for the UK’s non-EEA workforce, many of whom need to keep their jobs to maintain their visa status and their right to remain in the UK.

For those workers sponsored under Tier 2 of the points-based system, redundancy could mean having to leave the UK and remain abroad for a 12 month ‘cooling off’ period. For those under the intra-company transfer category of Tier 2, they will not be able to switch employer or continue working unless they can switch into a different immigration category such as Family Life, Innovator or Global Talent.

For others, it means having to find another employer offering a skilled vacancy and making a fresh application to remain before they are asked to leave. This could be very difficult in the present economic circumstances we find ourselves in.

Sponsored workers are typically highly skilled and losing this talent with a time restriction before they can return could be devastating to some new employers if they can’t source the skills from within the UK, especially when the economy gets back on track.

For HR professionals and Tier 2 licence holders faced with having to continue to furlough staff, non-EEA employees can be placed on the government’s furlough scheme with their salaries reduced. Normally, when the affected employee’s salary falls below the minimum threshold or the ‘going rate’ for this visa route, an employer must stop sponsorship – unless the reason for the pay cut was maternity, paternity or sick leave.

However, the government’s furlough scheme has brought concessions to allow Tier 2 sponsors to temporarily reduce the pay of sponsored workers without stopping sponsorship if:

Furloughing those with family or private life visas

There are also temporary concessions for non-EEA workers losing income due to the pandemic that allow them to apply to remain in the UK on the basis of family or private life. Workers under this category need to meet a ‘financial’ requirement in order to extend their stay in the UK. These allow foreign workers to count income for the period immediately before the loss of income due to Covid-19, provided the threshold was met for at least six months up to March 2020.

If their salary has been cut because they’ve been furloughed, the Home Office will take account of their income as though they’re earning 100% of their salary.

The Home Office is yet to announce any immigration concessions for sponsored workers who have lost or are at risk of losing their job due to Covid-19. Currently, HR teams must notify the Home Office that an employee has stopped work no later than 10 days after a sponsored worker’s final day of employment.

The Home Office will then start the process of reducing the length of the employee’s visa, known asvisa curtailment. There is no right of appeal against this decision, but the Home office can exercise discretion if the worker has a dependant under 18. However, if you think the Home Office decision is wrong, then seek professional advice as a curtailment notice cuts the sponsored worker’s permission to remain to 60 days from the date of the letter. The employee can remain in the UK until their current permission expires or the end date of curtailment, whichever the sooner. In some circumstances they could change their immigration status during this period of legal stay.

Sponsored workers are typically highly skilled and losing this talent with a time restriction before they can return could be devastating to some new employers if they can’t source the skills from within the UK.”

Currently only Tier 2 (General) sponsored workers, and not Intra Company Transfer (ICT) workers, can switch to a new employer who holds a Tier 2 (General) licence. They can either make a new application to remain in the UK in a different visa category or seek another employer with a Tier 2 (General) sponsor licence before the 60 days is up.
It doesn’t have to be the same role but the vacancy must be at RFQ Level 6 or above – unless a recognised shortage skill or designated creative industry job – and the salary must meet at least the minimum ‘going rate’ for the job in question, as set out in the immigration rules. Qualifying skill levels for vacancies are being reviewed and could be lowered but this won’t be until January 2021.

The hope is though that the government will act soon to shed more light on concessions for non-EEA  employees facing redundancy or who have already lost their job. If not, with 600,000 UK workers now out of work since lockdown and heightened economic uncertainty, greater clarity from Parliament could make all the difference between the skills of foreign workers remaining in the UK for other employers to benefit, or taking their talents overseas.

Once they’ve gone, they’ve gone for some time before they can then re-apply to enter the UK once more as a sponsored worker, and this could be devastating on the availability of skills in the UK both now and in the
future.