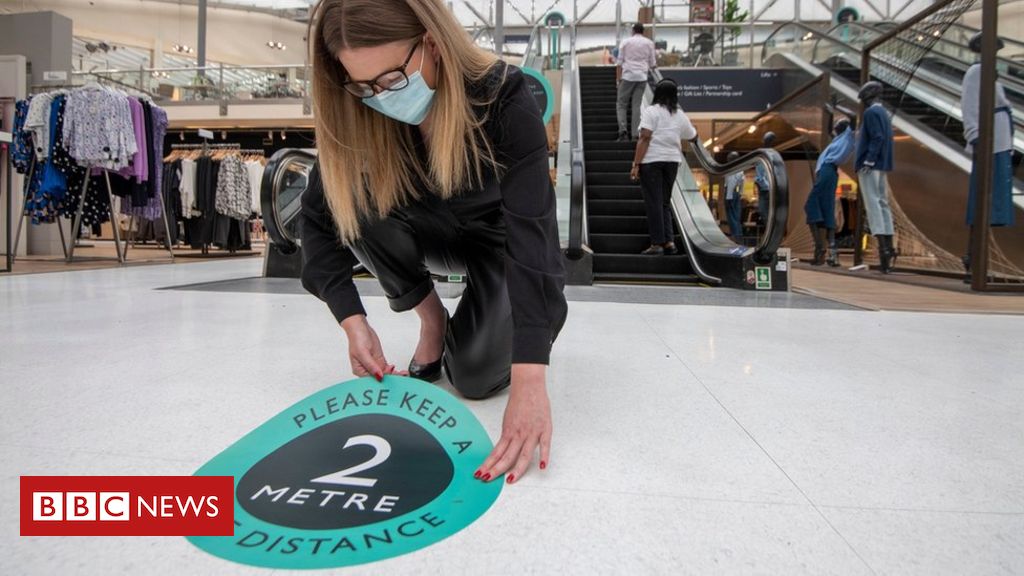 Coronavirus: When will shops open and what will the rules be?

Coronavirus: When will shops open and what will the rules be?


Non-essential shops have been given the go-ahead to open their doors again in England from 15 June.

But does that mean I will be able to have a haircut or buy a book, and how will shopping be different?

When are shops opening?

Supermarkets, corner shops, banks, pharmacies and petrol stations have been able to remain open during the coronavirus lockdown. But from next week, that list is set to grow in England.

On Monday, open air markets and car showrooms will be allowed to reopen.

One car dealership is trusting customers to take test drives alone. But the National Association of British Markets Authorities chief executive, David Preston, expects a lot of older stallholders will not return because of virus fears.

From 15 June, non-essential stores in England will be able to reopen.

Among department stores, John Lewis will open 13 branches initially, while Next will only reopen 25 of its 500 stores on 15 June. Primark will keep its 190 shops closed until it is “convinced that it is safe and right” to open them.

What about the rest of the UK?

No dates have been set for the reopening of shops in Scotland, Wales and Northern Ireland, but each country has plans in place.

Smaller shops and outdoor markets will be allowed to reopen in Scotland in phase two of its lockdown easing plan.

In Wales, non-essential shops and services could happen in the amber phase of its exit strategy.

How will shopping be different?

Perspex screens at the tills and floor markings to keep shoppers 2m (6ft) apart have already become a regular fixture in supermarkets. And those measures are also likely to feature in other shops.

But some more unfamiliar measures are also expected to be put in place to try to reduce the spread of the virus.

Shoe shop Kurt Geiger will put footwear aside for 24 hours after a customer has tried them on, and Waterstones has said it will quarantine books for 72 hours after people have touched them.

Stores have been asked to encourage people to shop alone, if they can, and talk to local authorities about providing extra parking and bike racks where possible, to stop people using public transport.

The number of customers in stores will be limited and shopping centres have been told they are responsible for controlling queues in common areas outside stores.

Do shops expect many customers?

The British Retail Consortium (BRC) estimates that the current lockdown is costing non-essential retailers £1.8bn a week in lost sales, and it does not expect that to pick up immediately shops reopen.

“Evidence from other countries suggests that, despite an initial bounce in spending in the weeks after restrictions are lifted, discretionary spend is likely to remain subdued as the coronavirus pandemic wears on,” said the BRC’s Kyle Monk.

The British Independent Retailers Association’s chief executive, Andrew Goodacre, believes fewer people than before will go shopping and they may “soon become weary of queuing”.

He told the BBC: “Social distancing also takes away the fun and positive experience of shopping. All these factors mean that it will be difficult at first, and for many months after.”

When will hairdressers, cafes and pubs open?

Pubs, restaurants, hairdressers, hotels, cinemas and places of worship will be allowed to open from 4 July at the earliest, if they can meet social distancing measures.

However, indoor public spaces such as beauty salons, where social distancing may be difficult, could reopen ”significantly later”, depending on when the rate of infection falls.

Hospitality firms and some other small businesses may have to wait longer to reopen.

And Mike Cherry, national chairman for the Federation of Small Businesses, wants the government to “provide those firms some idea of when they’ll be able to get back to work”.

He added: “High Streets up and down the country have been largely empty for months now, and while more businesses in England may be able to open up soon, there may well be not enough custom to justify the financial and health costs.