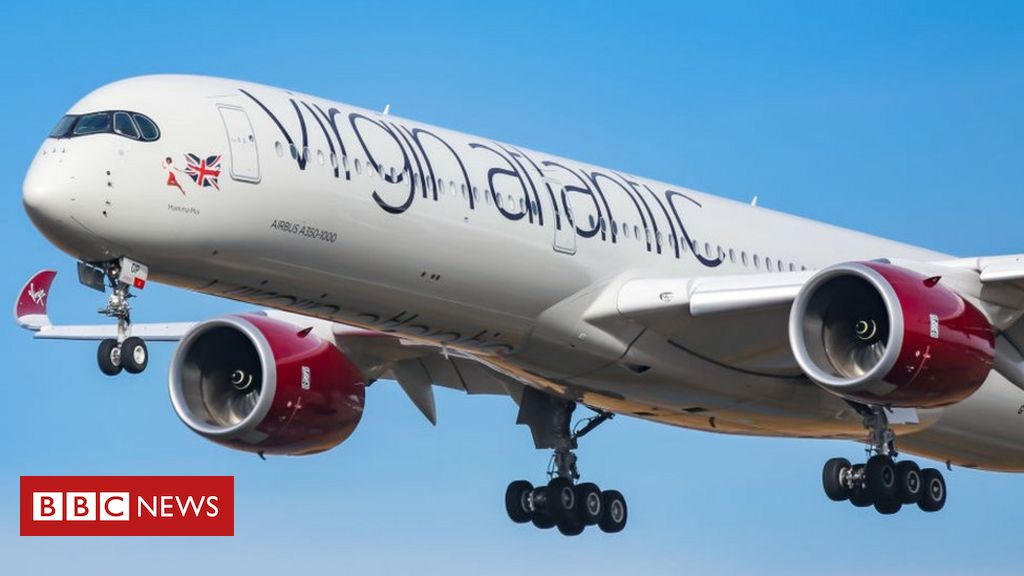 
Virgin Atlantic is to cut 1,150 more jobs after completing a £1.2bn rescue plan that will secure its future for at least 18 months.

The airline had already cut more than 3,500 jobs out of the 10,000 employees it had at the beginning of the year.

The airline said it had to cut costs in order to survive.

“Until travel returns in greater numbers, survival is predicated on reducing costs further and continuing to preserve cash,” it said.

“The outlook for transatlantic flying, which is core to Virgin Atlantic’s business, remains uncertain with US-UK travel curtailed,” the airline said.

It said the past six months had been “the most challenging in Virgin Atlantic’s history”, and that “regrettably the airline must go further one last time with changes at scale, to ensure it emerges from this crisis”.

The carrier added that a 45-day consultation period would begin on Friday with unions.

To try to cut down on crew redundancies, it said it would introduce a voluntary, company-financed furlough scheme for 600 crew members when the government-backed scheme ends in October.

“Every single job lost to this crisis is a tragedy and we are doing everything we can to mitigate job losses across the board,” said Balpa general secretary Brian Strutton.

“Despite no help from government, their financing is now secure,” he added.

The Covid-19 pandemic has taken a dreadful toll on employment in the aviation industry.

Airlines around the world have been haemorrhaging jobs, as they face a future in which fewer people travel, and fewer planes are able to fly.

And it isn’t just airlines. Aerospace firms, airports and groundhandling companies are also being forced to cut back.

Virgin finds itself more exposed than many of its rivals, because it relies heavily on transatlantic traffic – and restrictions on travel to the US remain in force.

The company is hoping its £1.2bn rescue plan will enable it to ride out the storm. But to succeed, it still needs to turn itself into a much smaller business than it was just a few months ago.

US carrier Delta Air Lines, which owns 49% of Virgin Atlantic, said the rescue plan was “an important part of protecting Delta’s position in the UK, particularly in the critical London Heathrow market,” as it vies against American Airlines and British Airways.

The pandemic has had a severe impact on the aviation industry as lockdowns and quarantines hit air travel. Airlines, airports and tour firms have collectively shed thousands of jobs.

Virgin gained approval for its rescue plan from UK and US courts this week.

The £1.2bn deal involves £400m in new cash, half of which will come from its main shareholder, Sir Richard Branson’s Virgin Group.

Virgin Atlantic chief executive Shai Weiss said: “Together, we have achieved what many thought impossible and that is down to the efforts and sacrifices of so many across the company.”

Since the 16 March it has not been possible for many travellers from the UK to get into the US if they do not have US citizenship and if they have been in the UK, Ireland, the Schengen zone, Iran, Brazil, or China within the past two weeks.