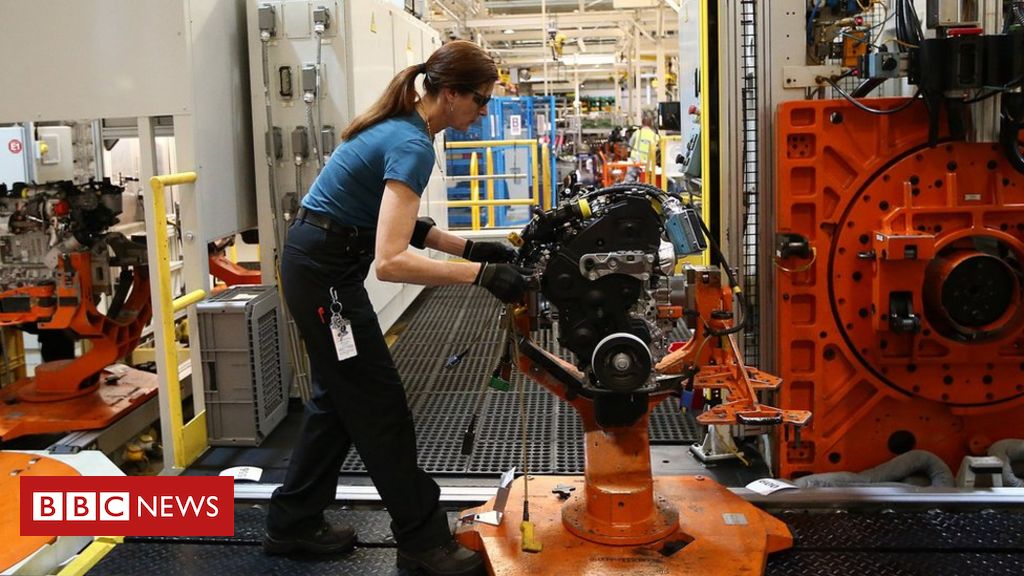 Coronavirus: UK car industry claims 1 in 6 jobs could be cut

Coronavirus: UK car industry claims 1 in 6 jobs could be cut


The UK car industry’s trade body says one in six jobs are at risk of redundancy without help from the government in restarting production.

Showrooms are reopening and production lines are restarting, it said.

But more than 6,000 jobs have been lost in the automotive sector this month.

In common with many manufacturers, carmakers have high fixed costs to pay, such as rent, during a period where sales are sharply down.

And many workers remain furloughed as companies work out how to operate while allowing for social distancing.

“A third of our workforce remains furloughed, and we want those staff coming back to work, not into redundancy,” said Mike Hawes, SMMT chief executive.

“Government’s intervention has been unprecedented,” he added. “But the job isn’t done yet. Just as we have seen in other countries, we need a package of support to restart; to build demand, volumes and growth, and keep the UK at the forefront of the global automotive industry.”

The lobby group estimates the impact of lockdown will cut annual car and light commercial vehicle production by one-third to 920,000 vehicles this year.

As well as assistance to restart production, the industry is anxious about securing a trade deal with the European Union (EU).

The UK left the EU on 31 January but remains in the single market and customs union until 31 December, while the two sides try to hammer out a trade agreement.

“Certainty that a full, zero-tariff deal will be in place by the end of the transition period will give businesses on both sides chance to prepare, and help drive investment into the new skills, facilities and technologies that will be integral to delivering a zero-carbon future for the UK,” the lobby group said.

British car manufacturing came to a screeching halt in April, down 99.7% against the same month last year.

It was the lowest output since the Second World War. Just 197 premium and luxury sports vehicles rolled off factory lines, with 45 of those sent to UK customers.

Some plants refocused to make 711,495 items of personal protective equipment for health workers.

The loss of 400,000 cars that would normally have been made is expected to cost the British car industry up to £12.5bn in revenues.