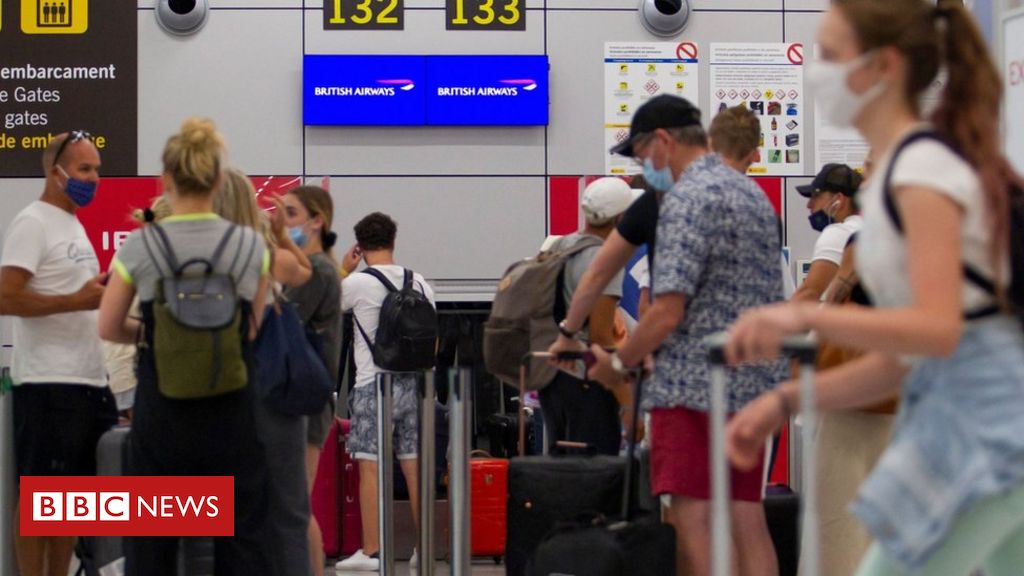 
The UK has updated its advice against all non-essential travel to Spain to include the Balearic and Canary Islands following a rise in coronavirus cases.

Foreign Office guidance was changed on Monday to include both mainland Spain and islands such as Ibiza and Tenerife.

Holiday firm Jet2 has told passengers not to go to the airport after it cancelled flights to all Spanish destinations.

The change is in addition to the self-isolation policy that began on Sunday.

The amended advice came after calls for clarity from travel companies and as airlines announced sweeping flight cancellations.

Jet2 said it will not be operating flights to Tenerife, Fuerteventura, Gran Canaria, Lanzarote, Majorca, Menorca and Ibiza, or to mainland Spain, but will be running a schedule of flights back from those destinations on Tuesday.

Travellers returning to the UK from anywhere in Spain must now self-isolate for 14 days at a registered address.

A Foreign Office spokesman said: “We have considered the overall situation for British nationals travelling to and from the Balearic and Canary Islands, including the impact of the requirement to self-isolate on return to the UK, and concluded that we should advise British nationals against all non-essential travel to the whole of Spain.”

The rate of infection in Spain is 35.1 cases per 100,000 people, while the UK is at 14.7, according to the latest figures from the European Centre for Disease Prevention and Control.

Data up to 19 July suggested there were lower rates of infection in the Balearic and Canary Islands than in mainland Spain.

Meanwhile, a government source told the BBC that the Spanish government was lobbying for the Balearic and Canary Islands to be exempt from the quarantine policy, and that discussions on the matter had taken place.

Among the thousands of British holidaymakers affected by the change to quarantine rules was Transport Secretary Grant Shapps, who flew to Spain on Saturday despite knowing a decision on the policy was due.

And Cabinet Office Minister Michael Gove said he cancelled a holiday to the Balearics after the change to quarantine rules was announced on Saturday.

But airlines EasyJet and Ryanair said they would continue to operate full schedules of flights to Spain, though EasyJet said its holidays would be cancelled for the next few weeks.

The UK imposed the restriction over the weekend after a spike in infections in some Spanish regions, including Catalonia, where Barcelona is located, and Aragon.

The French government has told its nationals to stay away from Catalonia, while Norway has imposed a new 10-day quarantine on all travellers arriving from Spain.

It comes as a further seven people with coronavirus were reported to have died across all settings in the UK, according to latest government figures – bringing the UK’s death toll to 45,759.

Have your flights been cancelled as a result of the new government advice? Share your experiences by emailing haveyoursay@bbc.co.uk.