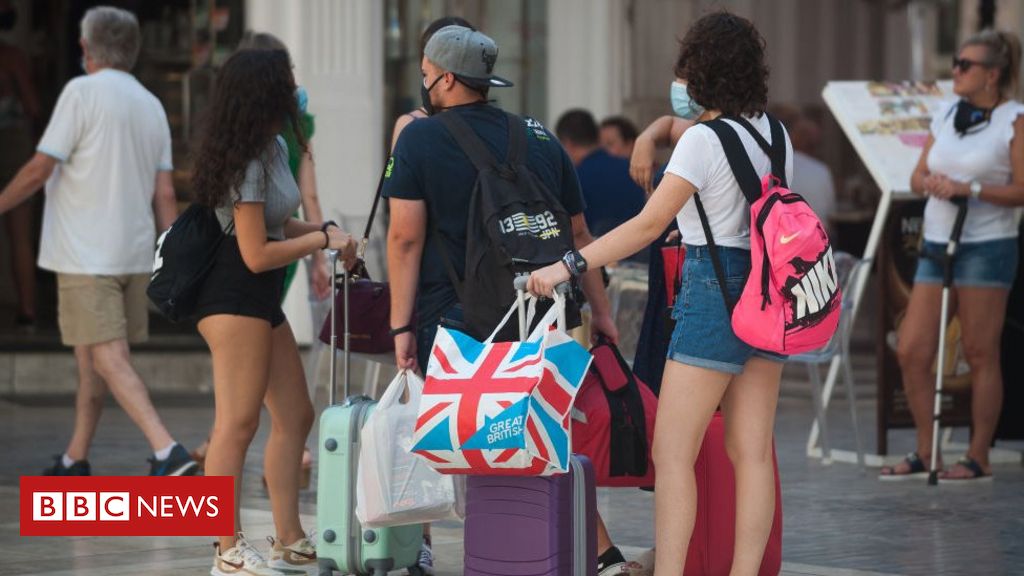 The move comes after the government imposed a 14-day quarantine on people arriving in the UK from Spain.

The firm said all those going to the Balearic and Canary Islands could still travel as planned from Monday, although flights before then are cancelled.

The airline industry has reacted with dismay to the decision to impose the quarantine, calling it a big blow.

The Foreign and Commonwealth Office (FCO) is advising against all but essential travel to mainland Spain. Quarantine measures apply to those returning from mainland Spain, the Canary Islands and the Balearic Islands, such as Majorca and Ibiza.

British Airways is still operating flights, but said the move was “throwing thousands of Britons’ travel plans into chaos”.

Budget airline easyJet is also maintaining a full schedule, as is Jet2.

Rob Griggs of Airlines UK said it was a “big blow” to the aviation sector.

He told the BBC that individuals should be tested for coronavirus instead of having to self-isolate automatically.

“We back the idea of voluntary testing on arrival or before you leave,” he told BBC Breakfast.

“We think testing would… enable individuals to come back without the need for quarantine if they test.”

Mr Griggs also called on the government to be “a little more specific” in its advice, since the latest spike in coronavirus cases in Spain did not affect the whole country in the same way.

Tui said it would contact customers affected and offer them the right to cancel or amend their holidays,

“All customers currently on holiday can continue to enjoy their holiday and will return on their intended flight home,” it added.

Tui said health and safety was its highest priority, but urged the government to “work closely” with the travel industry.

“This level of uncertainty and confusion is damaging for business and disappointing for those looking forward to a well-deserved break,” it added.

Quarantine measures for UK travellers were first introduced in early June. But after pressure from the aviation and travel industries, the government and devolved administrations published lists of countries exempt from the rules.

The decision to remove Spain from those lists was announced on Saturday following a spike in Spanish coronavirus cases, with more than 900 new cases reported on Friday.

Spanish officials have also warned a second wave could be imminent as major cities have seen cases surge.

The Airport Operators Association said the new measures would “further damage what is already a fragile restart of the aviation sector, which continues to face the biggest challenge in its history”.

However, easyJet said it was “disappointed” and would operate a full schedule in the coming days.

“Customers who no longer wish to travel can transfer their flights without a change fee or receive a voucher for the value of the booking,” the company said in a statement.

A spokesman for the Association of British Travel Agents (Abta) said the government’s quarantine rule change was “disappointing”.

“We suggest the government considers lifting the quarantine rules for flights to and from certain regions with lower infection rates, or to places such as the Balearic Islands or the Canaries – which are geographically distinct from mainland Spain – to avoid further damage to the UK inbound and outbound tourism industries,” he said.

People currently on holiday in Spain have been advised by the Department of Transport to follow the local rules, return home as normal, and check the Foreign Office’s travel advice website for further information.

The Association of British Insurers advised holidaymakers that if they were already in Spain when the government’s advice changed, their insurance was likely to cover them until they returned home.

But it added: “Travelling to countries against FCO advice is likely to invalidate your travel insurance and this would apply to those yet to travel to mainland Spain.

“Customers looking to change or cancel their travel plans should speak with the airline provider, tour operator or travel agent in the first instance.

“If you booked your trip or took out your travel insurance after Covid-19 was declared a pandemic, you may not be covered for travel disruption or cancellation. In either circumstance, we’d advise checking with your insurer.”