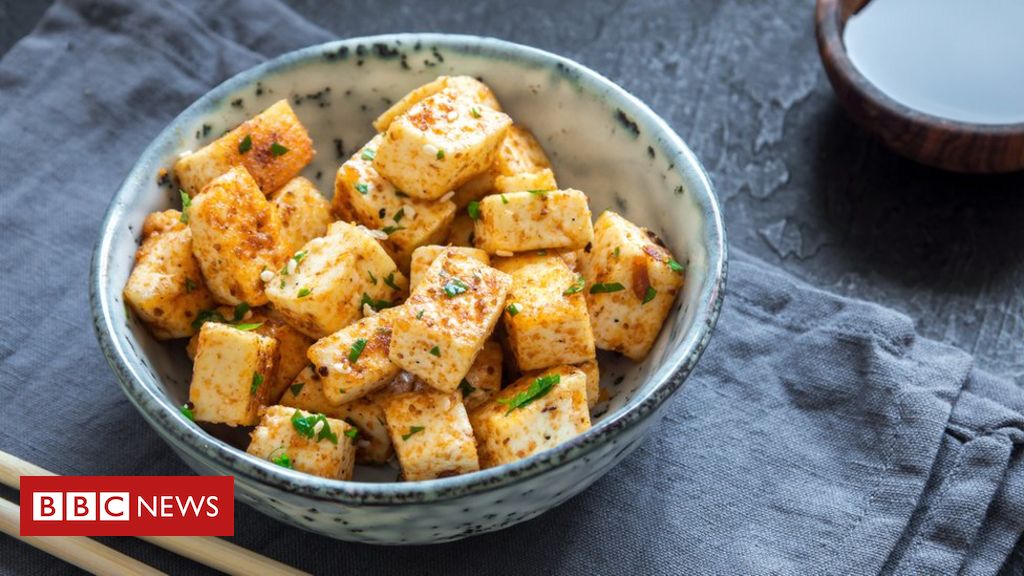 Coronavirus: The foods we are all eating during lockdown

Coronavirus: The foods we are all eating during lockdown


With most of us stuck at home during the coronavirus pandemic, our eating habits have had to change. Meals out have been impossible, and we’ve all been having to eat from home. So what have we been eating and which firms have been benefiting?

Barry Smith may be a natural optimist with a market-leading product but as the lockdown loomed, the founder of food probiotic supplement, Symprove, was forced to look at worst-case scenarios.

“If production had to shut down completely and we had zero sales we may have survived for about six months, perhaps a little longer with a government grant,” says the Surrey-based entrepreneur, who doubled supply routes and stocked up on core ingredients including barley in preparation.

“It was very scary to think about, and a huge relief that the complete opposite happened and we had a record 50% new business in May.”

Indeed, with customers flocking online to buy his fermented grain product to boost their general gut health and well-being, Symprove is one of the food supplement and food products enjoying strong sales – boosted by customers changing their behaviour during the outbreak.

For Mr Smith, the pandemic accelerated an existing move towards proactive health management. There’s been a spike in online searches for “probiotics” and “immunity function”, according to industry watchers, Lumina Intelligence.

There have also been studies published exploring a possible link between Covid-19 and a lack of diversity in the gut microbiome, says Mr Smith. Whether eventually proven or not, this “may have got more people thinking about the importance of gut health”, he says.

But besides many of us looking for health supplements, at the other end of the spectrum there has also been a rise in demand for products combining an indulgent fix with a way to pass time in lockdown – notably snacking and baking.

One of these is “gourmet popcorn”, which retail intelligence specialists, Stackline, say is one of the fastest growing trends among snacks.

For London-based Popcorn Shed, which adds flavours such as cherry Bakewell and sundried tomato and goats cheese to the humble corn kernel, its sales to consumers in March and April were 12 times higher than the same period last year.

Meanwhile, figures from market researchers Nielsen show that sales of baking products were up by almost two-thirds over the same period when compared with 2019.

With a lot of us turning to home baking, flour has become hard to find and has often been sold out. So many of us have been using flourless recipes – joining those who always preferred them anyway.

Julianne Ponan, owner of Creative Nature Superfoods, whose range includes flourless baking kits, had to move to a larger manufacturing facility and put in 18-hour days to accommodate the rapid increase in demand from consumers and supermarkets for her products.

“Home baking has gone through the roof,” she says, acknowledging that the shortage of flour during the lockdown period also worked in her favour.

“As an allergen-free brand, it was hard to source some of the ingredients like banana chips as there was a lockdown from our supplier in Sri Lanka, but because you can add milk and vegetable oil to our mix rather than flour, it does offer a way of baking without the usual commodities.”

Ms Ponan says 70% of the 1,800 people her firm surveyed were now baking weekly rather than monthly.

What’s more, during the lockdown more of us seem to have been experimenting with going meat-free.

Some one in five Brits says they have reduced their meat consumption during the pandemic. An additional 1.8 million households have been buying meat-free products – and it has been tofu that has become the go-to meat-free food. The UK’s tofu market is now worth £32m, says Nielsen.

While most businesses were fearful of the unknown at the start of the crisis, the main concern for David Knibbs, managing director of Yorkshire-based The Tofoo Co, was how to meet any additional demand with an already booming business.

The Tofoo Co has a 46% share of the tofu market, and has seen its monthly turnover double to £1m since the crisis began. It has extended production to Sundays and is employing more workers at its recently expanded factory.

“We knew straight away with more people cooking and eating at home that it would go bananas, and May was our biggest month ever,” says Mr Knibbs, who bought the brand four years ago.

In a range that includes chilli-infused and crispy-coated variants, it is the simple plain block of tofu, known as Naked Tofoo, that has been the company’s biggest seller during this period, which he credits to people being more experimental in the kitchen.

“Many people got their [culinary] inspiration out in restaurants rather than the home, but lockdown stopped all of that so people are expanding their repertoire.

“I think the meat-free market was getting a little processed, with lots of ready meals and [meat-free] sausage rolls, but Covid has encouraged more cooking from scratch and trying new recipes. That’s where the opportunity is now – people taking something plain and simple and trying to transform it.”

Not that the real meat is being neglected entirely. Sausages have been eaten in six million more weekly meals, says research firm Kantar, partly due to a surge in barbecues and also a return to comfort food favourites toad-in-the-hole and bangers and mash.

“With so many meals being consumed at home it has unlocked many more occasions for consumption bringing families together at mealtimes,” says Alexandra Byrne, brand manager at Kerry Foods, which manufactures Richmond Sausages.

So what of the long-term prospects for these foods that are doing well at the moment?

Mark Artus, the chief executive of brand agency 1HQ, says that retailers and food brands will have been watching closely to see whether these changes in our behaviour are lasting, or whether we will revert to old patterns once the immediate crisis has passed.

For those firms that have benefited, he says: “The challenge will be to double-down on the opportunity and retain the new consumers they have attracted.”