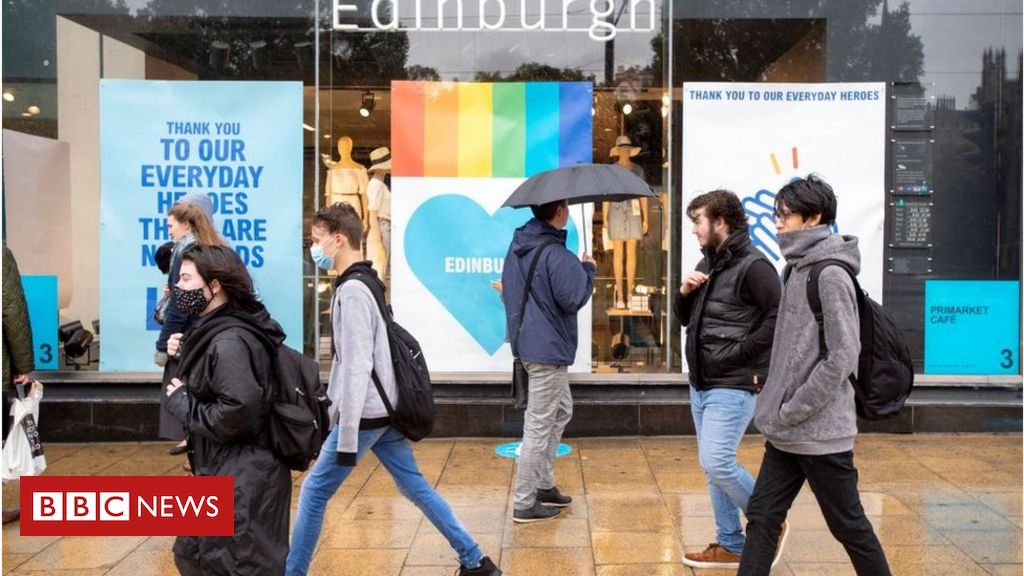 
Taxpayers face a day of reckoning when the government’s massive coronavirus support measures have to be paid off, experts warn.

The Institute of Fiscal Studies think tank says the economy will remain in a “support and recovery” phase for some time, but higher taxes are inevitable.

On Wednesday, the chancellor unveiled another £30bn of support, bringing the total cost to £190bn.

But it was revealed the UK’s tax authority queried its value for money.

The most senior civil servant at HM Revenue and Customs (HMRC) wrote to Chancellor Rishi Sunak about the value of two measures in his summer statement – the Job Retention Bonus and the eating out support.

Wednesday’s additional spending announced by Mr Sunak is worth nearly £3,000 for every person in the UK – and more than the entire planned health budget for 2020-21.

It also means that the cost of the crisis so far has risen by more than 40% since last month, when the government’s spending watchdog, the Office for Budget Responsibility, estimated it at £133bn.

On Thursday, in its analysis of the latest measures, the IFS predicted that government borrowing would surge to about £350bn this year. In March, the government forecast a deficit of about £50bn to £60bn this year.

However, IFS director Paul Johnson said: “Let’s hold in the back of our minds that a reckoning, in the form of higher taxes, will come eventually.

“This is no normal recession. It’s the deepest in history,” Mr Johnson said. The IFS said annual borrowing as a share of the economy was on course to be its highest outside wartime in more than 300 years.

Mr Sunak has given few details about how he intends to pay for the huge public spending, but has previously refused to rule out tax rises.

There are some things no chancellor can prepare for – such as what to do if your economy wipes out 18 years’ gains in two months of lockdown.

His solution was to temporarily deep freeze the economy, and pump money into crisis response. And the thawing process needs more funds, to prevent long term damage.

Now economists are talking about a deficit, a shortfall of way more than the £300bn previously expected. It’s equivalent to a bigger slice of the economy than at any time since the Second World War.

And it could get bigger; if more is needed to support the recovery – or in the event of a severe second wave.

But it’s a cost worth bearing if it carries the economy through a devastating crisis, safeguard the damage to output and jobs – and ensure taxes get paid.

For at some point, there will have to be a discussion about how we pay this back.

The government is currently borrowing record amounts on the financial markets to plug the gap – but that may not be enough. There may have to be tax hikes, possibly less generous rises in pensions.

But it may be a while until the economy is robust enough to bear that.

But Mr Johnson said there was a “value for money issue” about the scheme.

“A lot, probably a majority, of the job retention bonus money will go in respect of jobs that would have been, indeed already have been, returned from furlough anyway,” he said. And he said much of the planned cuts in VAT and stamp duty “will be deadweight”.

It has also emerged that the UK tax authority had some doubts. Jim Harra, HMRC’s permanent secretary, wrote to the chancellor earlier this week about the Job Retention Bonus and Eat Out To Help Out policies.

On both, he said, advice received by HMRC and the Treasury “highlights uncertainty around the value for money” of the proposals.

However, the correspondence showed the chancellor said the plans should go ahead because there was a “compelling case”.

Businessman Charlie Mullins, founder of Pimlico Plumbers, also questioned if the job retention bonus was money well spent, as he thought some firms would only retain staff until they get the cash.

“Firms will either want their staff back, or they won’t. I just feel some employers will take advantage of this scheme,” he told the BBC.

Meanwhile, Torsten Bell, chief executive of the Resolution Foundation think tank, said the financial cost of the crisis, at £190bn so far, was “approaching the amount we spend on the day-to-day running of our NHS, schools and colleges each year”.

He welcomed the focus on supporting young people and sectors most affected by lockdown, but added: “The scale of support… risks falling short of what will be required. The chancellor is taking quite a gamble on the strength of the recovery in the months ahead.”