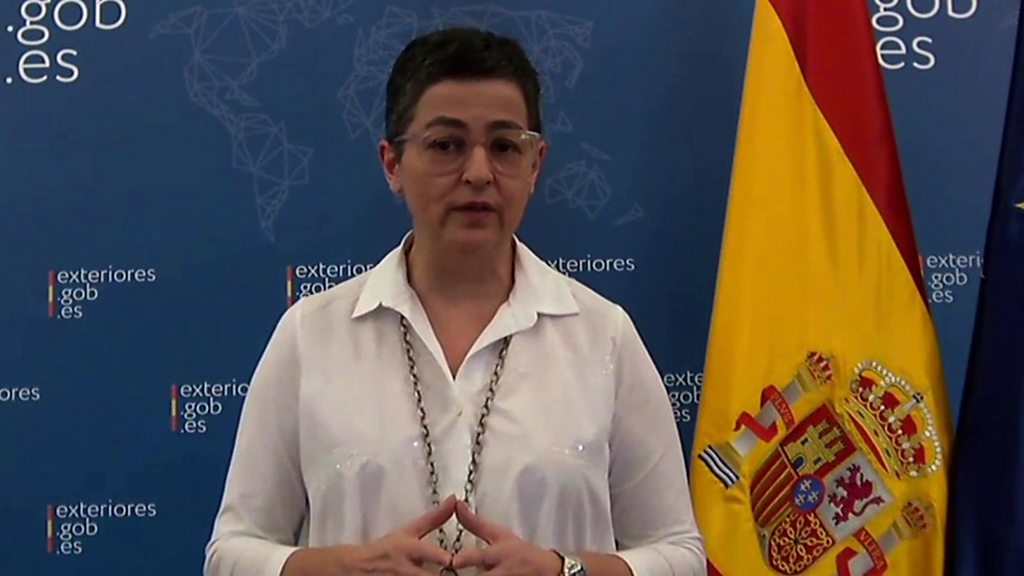 
UK tourists will be able to visit Spain without having to quarantine on arrival from Sunday, Spanish officials say.

Spain’s foreign affairs minister has told the BBC that British citizens will be allowed to enter the country freely, without the need to self-isolate.

She said the decision had been made “out of respect” for the 400,000 Britons who have second homes in Spain.

But current rules state that anyone returning to – or entering – the UK still has to self-isolate for 14 days.

It is understood the UK’s quarantine restrictions will be reviewed on 29 June.

The UK Foreign Office is still warning against all but essential international travel.

They will be asked for their country of origin and to register “so we know we have a contact point to trace them”, she said. They will also undergo a temperature check.

“We want to make sure that we welcome visitors, but we want to do this in safety and security for them, as well as for the Spaniards,” she said.

“We do hope that [the British authorities] will be sensitive to the 250,000 Spaniards that are also living in the UK and would very much like to enter the UK without quarantine,” she said.

But she added: “We also respect that countries look at entry or exit restrictions on the basis of their own data.”

Spanish officials are also identifying locations in each of the country’s regions where travellers “will be isolated and treated” should they require hospital treatment, according to Ms González Laya.

Since 8 June, people arriving in the UK have been required to self-isolate for 14 days to help slow the spread of coronavirus.

The government is now planning to relax its travel quarantine rules for some countries in early July.

UK officials are talking to their counterparts in Portugal, France, Italy, Greece and Spain, and ministers are hoping to make an announcement on 29 June that the government has secured a number of “travel corridors”.

The government had previously said that the quarantine would be reviewed every three weeks and 29 June marks the end of the first three-week period.

Spain’s latest announcement follows confusion earlier in the week over the country’s plans for allowing UK travellers to visit.

Spanish officials had said on Monday that travellers from the UK would not have to quarantine on arrival from Sunday.

But Spain’s foreign affairs minister then suggested the country would impose a two-week quarantine on Britons, if the UK maintained its current travel rules.

The mixed messages began after Spanish PM Pedro Sanchez announced last weekend that Spain’s borders would reopen to travellers from all EU countries on Sunday 21 June – with the exception of Portugal.

A spokeswoman for the government said the UK’s quarantine system was “informed by science, backed by the public and designed to help prevent a devastating second wave of this disease”.

“We are supporting tourism businesses through one of the most generous economic packages in the world, and continue to look at options to increase international travel, when it is safe to do so,” she added.