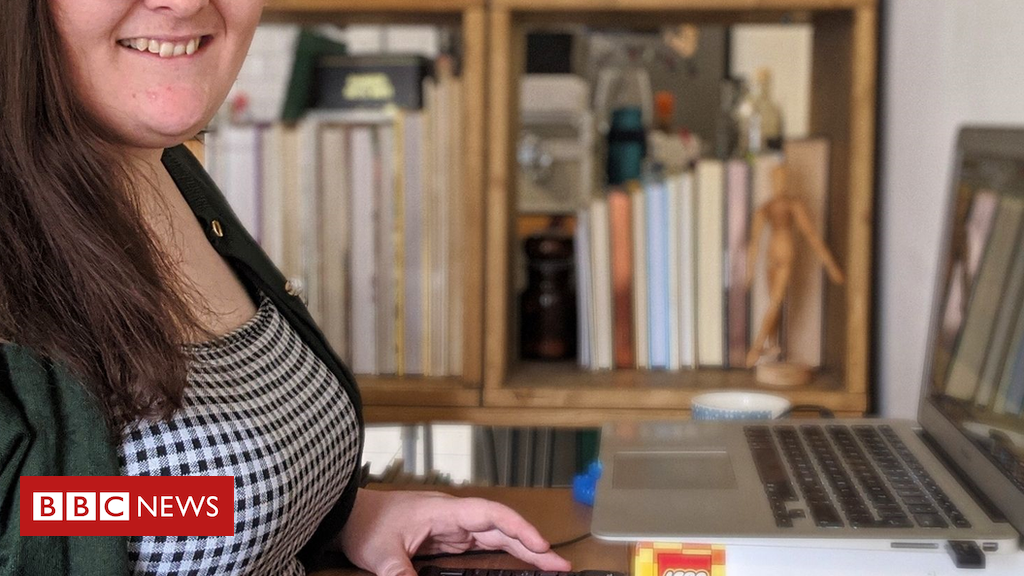 Coronavirus: Should furloughed workers offer their skills for free?

Coronavirus: Should furloughed workers offer their skills for free?


Many furloughed workers, with time on their hands, are offering up their skills for free, but some freelancers are taking issue with the trend.

“I was sick of making banana bread!” jokes Stella Norris.

The 31-year-old normally works as a digital marketing manager for a London arts agency. She’s been furloughed and wants desperately to return to her old job – but in the meantime, she’s working from home, volunteering for a charity called Children of Rwanda.

Furloughed workers are those who are being asked to stay at home by employers during the coronavirus lockdown on 80% salary. This is funded by the government’s Job Retention Scheme, which opened on 20 April.

Stella was matched up by Furlonteer.com, one of a growing number of platforms connecting furloughed workers to organisations that need help.

“It was surprisingly easy to sort,” says Stella.

The charity made sure her background was right for the role and she had a video call with the chief executive. He wanted five hours per week from her – in practice she’s happy to offer more, helping them reach people online.

“I treat it like my normal work, giving them a weekly round-up of what I’ve been up to,” she says.

Many charities now need help with online skills to reach potential donors because they can’t do traditional fundraising.

As well as keeping her occupied, the work has brought other benefits. Learning about the impact of the coronavirus outbreak on people far less fortunate than herself has given her welcome perspective on her own position, she says.

What do I need to know about the coronavirus?

Furlonteer.com is a non-profit organisation that connects people only to charities. But there are other schemes doing the same for commercial enterprises. For example, Furloughed Life, set up by Techcelerate Ventures, introduces furloughed workers to struggling technology start-ups. They work for free, but the start-ups pay a subscription fee to Techcelerate, half of which is donated to the NHS.

The recruitment site Work in Start-Ups has also created a new section on its website to provide a similar service. Another platform called Look After connects communications professionals “who would rather put [their] skills to use than sit idle” with both charities and businesses.

This may seem well-intentioned, but some are crying foul.

Freelancers and the self-employed don’t have access to the furlough scheme and have been left short of work and income. They only gained access to the Self Employed Income Support Scheme on 13 May, and some complain they are not eligible due to its terms.

Helen Parton, a freelance journalist who works in design publishing, feels volunteering platforms are unjust, taking potential work away from people like her.

“I think those that are furloughed should concentrate on learning Italian or baking banana bread rather than trying to upset what is quite a fragile ecosystem of freelance work,” she says. “Even volunteering for charities opens up a wide spectrum of work and size of organisation. There’s a big difference between digital copywriting for a large charity for free, which could be taking work a freelancer might do on a paid basis, to literally delivering meals to vulnerable people.

“There’s this big emphasis on social media on furloughing being a time to ‘develop your side hustle’, but if you’re offering those skills for free – writing, photographing, social media, yoga – there are people out there that do that for their main business.”

“No-one should be using this crisis as an excuse to pick up some free labour,” he says. “Tech companies encouraging ‘volunteering’ work sets a deeply disturbing precedent and opens the door for mass exploitation at a time when freelancers are hugely vulnerable.

“When it comes to charities, it is a little bit trickier,” he says, “as it’s often a personal choice by the individual and involves supporting a cause they care about, so I’d never say it shouldn’t be pursued.”

Stella says she is used to working alongside freelancers and is sympathetic to their plight. It’s an issue she discussed with Furlonteer.com before signing up with them – and she was reassured by their arguments.

“It’s why we stuck to charities with our services,” says Furlonteer co-founder Sam Tasker-Grindley. “They don’t have bottomless pockets, they certainly don’t have the cash now, so there is a definite need.”

In fact Shephard believes there is a moral case for setting furloughed people to work.

“I’m not sure if I should say this,” he says, “but our platform sort of comes from a sense of anger. I felt it was unfair that you’d have furloughed workers sitting at home doing nothing, yet being paid more money than people like nurses, who are putting their lives on the line – both being funded by the taxpayer.”

For that reason he thinks furloughed people have a duty to do more to help right now.

And many have heeded the call.

Furlonteer.com signed up 2,500 people within two weeks of launching in late April. Of these just over 500 have been matched with the more than 50 charities involved, including UN Women, Meals for the NHS, The Big Give and UK Community Network.

Many of the big charities like Oxfam and Save the Children have furloughed most of their employees and need help, says Shephard.

“We’ve probably never seen so much community spirit as now, like the clap for the NHS, so why not harness it? I feel this is like a civic duty.”

Shephard also thinks people should consider signing up to volunteer out of self-interest too.

“Think about job interviews in the future, especially when we are looking at a competitive market in a possible recession,” he says. “People are bound to ask you, ‘What did you do during lockdown? Do you really want to say, ‘I watched everything on Netflix?’”