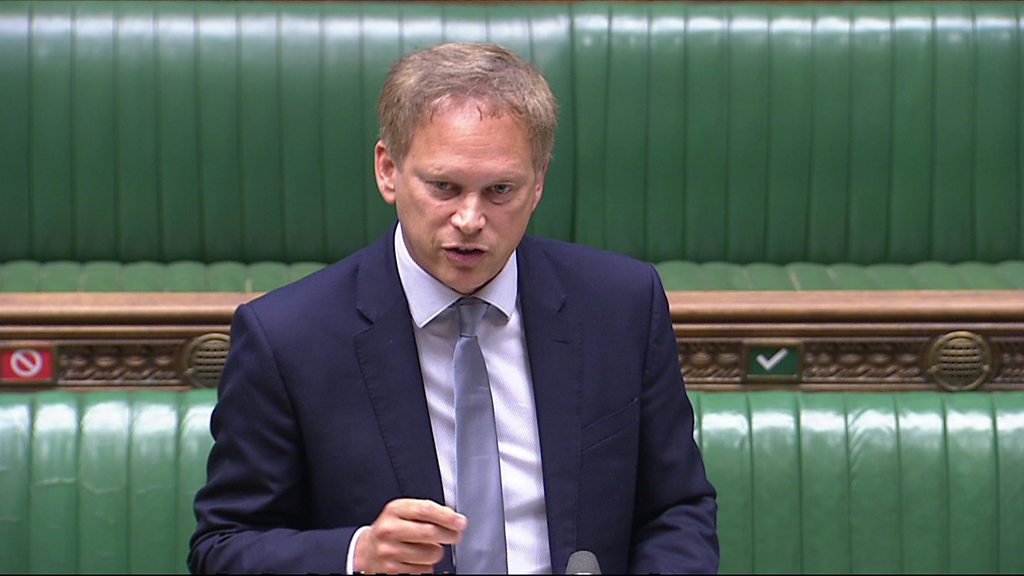 
Travellers arriving in England from seven Greek islands will have to self-isolate for 14 days from 04:00 BST on Wednesday, Grant Shapps has said.

The islands affected are Crete, Lesvos, Mykonos, Paros and Antiparos and Zakynthos.

The Scottish government has imposed quarantine restrictions on the whole country of Greece. Northern Ireland currently has Greece on its list of countries exempt from quarantine.

Speaking to MPs in the Commons, the transport secretary said: “Through the use of enhanced data we will now be able to pinpoint risk in some of the most popular islands, providing increased flexibility to add or remove them – distinct from the mainland – as infection rates change.

“This development will help boost the UK’s travel industry while continuing to maintain maximum protection to public health, keeping the travelling public safe.”

He said the government was “working actively on the practicalities” of using coronavirus testing to cut the 14-day quarantine period for people arriving in the UK from high-risk countries.

Purely testing people on arrival “would not work”, Mr Shapps said, but quarantine combined with testing was “more promising.”

“My officials are now working with health experts with the aim of cutting the quarantine period without adding to infection risk or infringing our overall NHS test capacity,” he said.

He added that if someone was unable to quarantine for 14 days after returning to the UK “it might be best not to travel”.

But Labour’s shadow transport secretary Jim McMahon described the government’s handling of the pandemic as “chaotic”.

“For months, even when the virus was at its peak, millions of passengers were coming from all over the world without any restrictions placed upon them at all,” he said.

“By the time restrictions were introduced, we were one of only a handful of countries in the world who up to that point had failed to take action in bringing restrictions in place.”

A spokesman for British Airways’ owner IAG said it was “evident” in July that islands should be treated separately, saying the government was “too slow in making obvious decisions”.

“For most families, summer is now over and the damage to the industry and the economy is done,” he said.

“On testing, we need to get on with it. We are way behind other countries on what has to be a more nuanced approach.”

Heathrow Airport said it welcomed the announcement that testing to shorten quarantine was being considered by the government and that air bridges to islands will be instated where appropriate.

“If introduced, these vital policy changes would show the government understands how critical the restoration of air travel is to this country’s economic recovery,” a statement said.

Are you on one of the seven Greek Islands? Will you struggle to get home before the quarantine deadline? Share your experiences by emailing haveyoursay@bbc.co.uk.