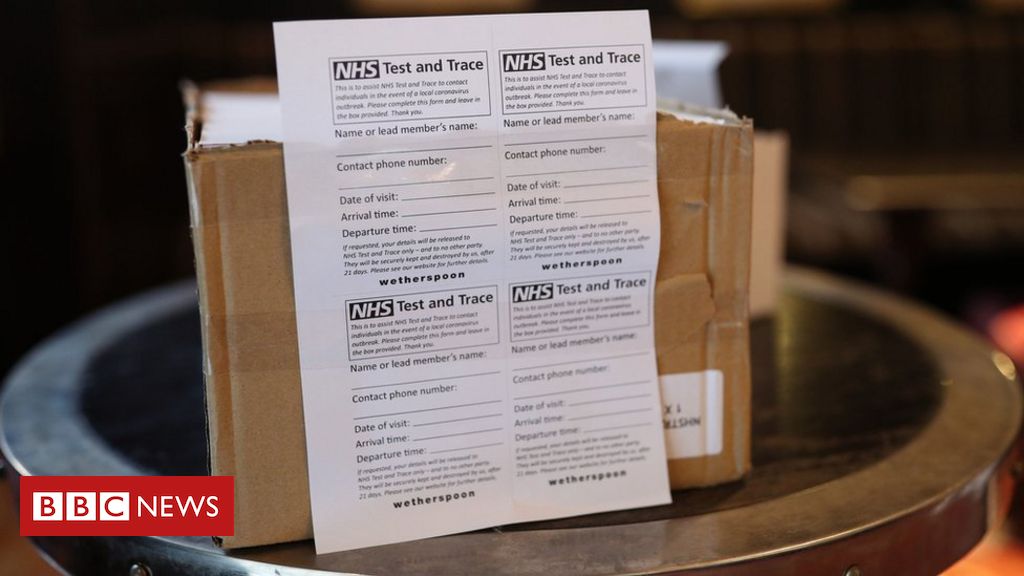 
Serco has defended its handling of Test & Trace despite only around 50% of people from the same household as a person infected with Covid-19 being contacted.

Serco’s 10,500 tracers are supposed to get in touch with people who have been in close proximity to a patient.

Figures show just 52.4% of people from the same household have been reached.

But Serco’s Rupert Soames said it was difficult for people to immediately give contact details.

The chief executive told BBC Radio 4’s Today programme: “If somebody rung you now and I said ‘tell me everybody that you have met, been in contact with in the last 48 hours and tell me on the telephone, give me their contact details’, how many do you think you’d be able to reel-off, off the top of your head?”

Serco is one of two outsourcing firms – the other is Sitel – who have been awarded multi-million pound Test & Trace contracts to oversee “non-complex” cases in England.

“Non-complex” cases are those where an infected person has come into contact with an individual. Complex cases – such as a potential outbreak in a workplace – are dealt with by Public Health England.

Between the Test & Trace system’s launch on 28 May up until 22 July, government figures show that of the 56,556 contacts from the same household provided by a coronavirus patient, 29,647 have been reached and asked to self-isolate.

Just 55.4% of all contacts found through the Test & Trace system were reached and advised to self-isolate.

Serco has had a rocky start with the system. In May, the company had to apologise after it accidentally shared the email addresses of nearly 300 of its tracers.

Mr Soames pointed to government figures which show Test & Trace has contacted more than 218,000 people who have tested positive for the coronavirus or have recently been in contact with someone who has been infected.

“It is a huge number and it is getting better by the day,” he said.

The Sunday Times recently calculated that so far Serco and Sitel’s combined 18,500 Test & Trace workers had traced on average two contacts each.

But Mr Soames said he expected the number of tracers to be reduced “in the coming weeks”.

“We’ve got 10 Nightingale hospitals lying vacant. We’ve got 30,000 ventilators that are not being used. The government has to start somewhere with capacity and the fact is that we have got too much capacity than we need right here right now today.”

“But you would expect it to start at a high level and then try to adapt it.”

Mr Soames was speaking as Serco revealed a 53% rise in underlying pre-tax profits to £77.5m for the first half of its financial year. Revenues jumped by 24% to £1.8bn.

However, Serco said the increase was due to contacts won in 2019 and Covid-19 “has had little effect on profits”.