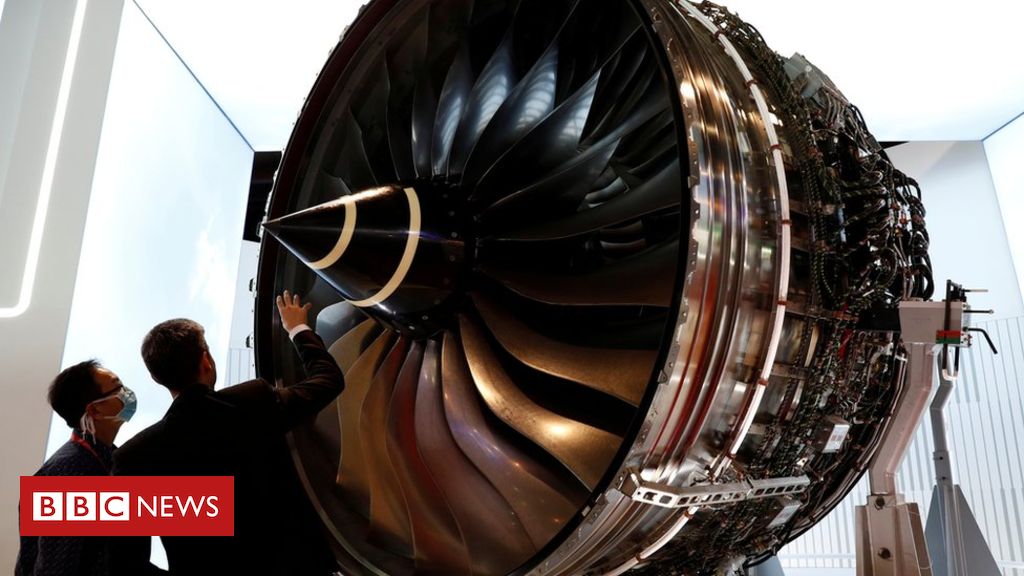 
Rolls-Royce has said it will cut 9,000 jobs and warned it will take “several years” for the airline industry to recover from the coronavirus pandemic.

The Derby-based firm, which makes plane engines, said the reduction of nearly a fifth of its workforce would mainly affect its civil aerospace division.

“This is not a crisis of our making. But it is the crisis that we face and must deal with,” boss Warren East said.

The bulk of the job cuts are expected to be in the UK.

Rolls-Royce employs 52,000 people globally and Mr East told the BBC’s Today programme that the company had not yet concluded on “exactly” where the job losses would be, due to having to consult with unions.

But he said: “It’s fair to say that of our civil aerospace business approximately two-thirds of the total employees are in the UK at the moment and that’s probably a good first proxy.”

Unite the union said the decision was “shameful opportunism”.

“Unite and Britain’s taxpayers deserve a more responsible approach to a national emergency. We call upon Rolls-Royce to step back from the brink and work with us on a better way through this crisis.”

But Mr East said: “No government can extend things like furlough schemes for years into the future. We have to look after ourselves and make sure we meet medium term demand.”

Air travel has ground to a virtual standstill since the coronavirus began spreading across the world and many airlines have announced steep job cuts.

Rolls-Royce said the impact of the pandemic on the company and the whole of the aviation industry “is unprecedented”.

It added that it is “increasingly clear that activity in the commercial aerospace market will take several years to return to the levels seen just a few months ago”.

As well as the job losses, the company said it would cut costs in areas such as its plants and properties.It expects to make cost savings of £1.3bn.

This morning’s job losses are hardly unexpected – airlines have cut their flying hours by 90% or more, and Airbus and Boeing have slashed their production numbers for the next few years – but they are still a heavy blow to one of the UK’s few world-class manufacturing companies.

While the details of where the cuts will fall have not been finalised, it is likely that two-thirds will go in the UK.

The company has already used the government’s furlough scheme to help pay the wages of about 4,000 staff, but Warren East, Rolls-Royce’s chief executive, said companies could not expect the government to continue such a scheme for several years.

There was also a clear hint this morning that some factories may close – the company said it would review its future manufacturing footprint.

Some questions remain for Roll-Royce. Investors are scratching their head about when the company’s revenues – much of which rely on aircraft to be flying for money to flow – will return.

The company has not yet tapped its shareholders for more money – some expect that may eventually come.

Do you work for Rolls-Royce? Share your experiences by emailing haveyoursay@bbc.co.uk.