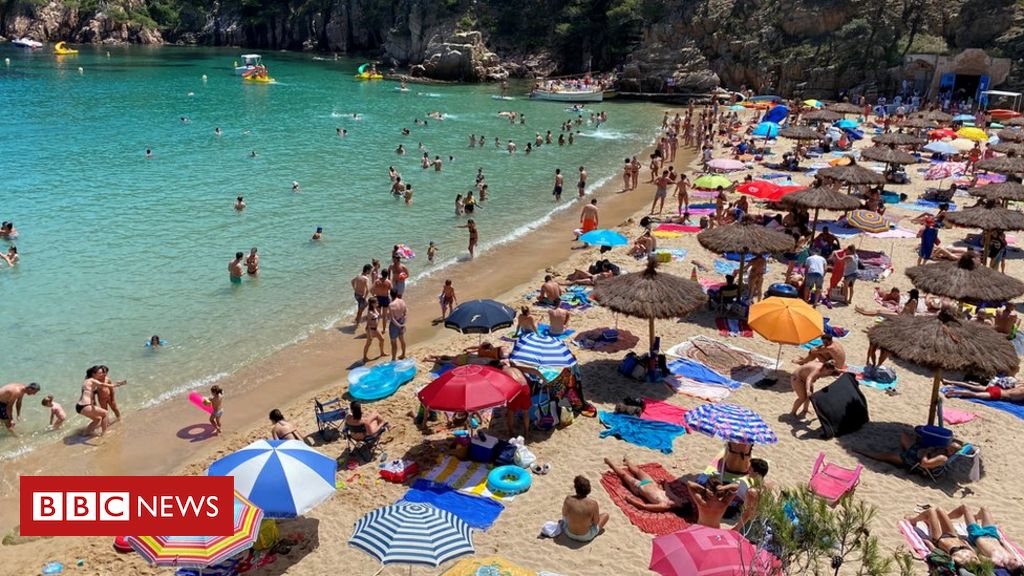 
Holidaymakers who were given refund credit notes, rather than cash, for their cancelled package holiday are being reassured their money is safe.

The authorities have clarified that these refund promises are guaranteed even if the travel company which provided them goes bust.

They are distinct from holiday vouchers which do not have the same protection.

Anyone whose package holiday is cancelled has the right to a full cash refund.

Refund credit notes (RCNs) were handed out by some holiday companies instead of refunds early in the coronavirus crisis, as the businesses found themselves stretched by the level of claims.

They can be used to book another holiday, or a refund is given when the note expires.

Anyone whose package holiday is cancelled by the provider is entitled to a refund of the whole holiday, by law, within 14 days.

However, after some of these RCNs were accepted by customers, the Department for Transport and the Civil Aviation Authority (CAA) have now confirmed that RCNs are protected under the Atol scheme, which is government-guaranteed and administered by the CAA.

This means that the refund will be honoured, and can be drawn from a central pot, even if the provider goes bust.

“This is not only good news for anyone looking to get away for a break in the sun, but also for the aviation and travel sector which has been hit hard by the pandemic,” said Transport Secretary Grant Shapps.

Lynn and Martin Fox had remortgaged their home to pay for a holiday of a lifetime to Florida.

The couple finished paying for the holiday in January, but Mrs Fox, 42, then lost her cabin crew job at Flybe when the airline collapsed in March.

Weeks later, as the virus lockdown took hold, work dried up for her husband, a pipe-fitter. Then the holiday, planned for late April, was cancelled.

“We thought the refund would be money in the bank, but then panic started to set in,” said Mrs Fox.

“The move will particularly help tour operators that have not been able to immediately refund customers for cancelled package holidays because they have had to wait for money back from airlines and other suppliers,” said a spokesman for Abta, which represents the holiday companies.

Rory Boland, of consumer association Which?, said package travel companies should not use this as an excuse to “force” credit notes onto their customers and should make clear when they have the right to a cash refund.

“Holiday providers must do right by their customers – and the law – and return any outstanding refunds for cancelled holidays. Otherwise, the regulator must be ready to take strong action against those continuing to flout the law on refunds,” he said.

Some travel firms are offering vouchers rather than refund credit notes.

Although these are often worth more than the original booking, to incentivise customers not to request cash, they are not Atol protected.

The move comes as travel firm Kuoni said bookings for December departures to Barbados were 30% up on the same point last year, while demand for the Maldives has increased by 20%.

The company said people were willing to spend on luxury Christmas trips as they were planning a staycation during the summer months.