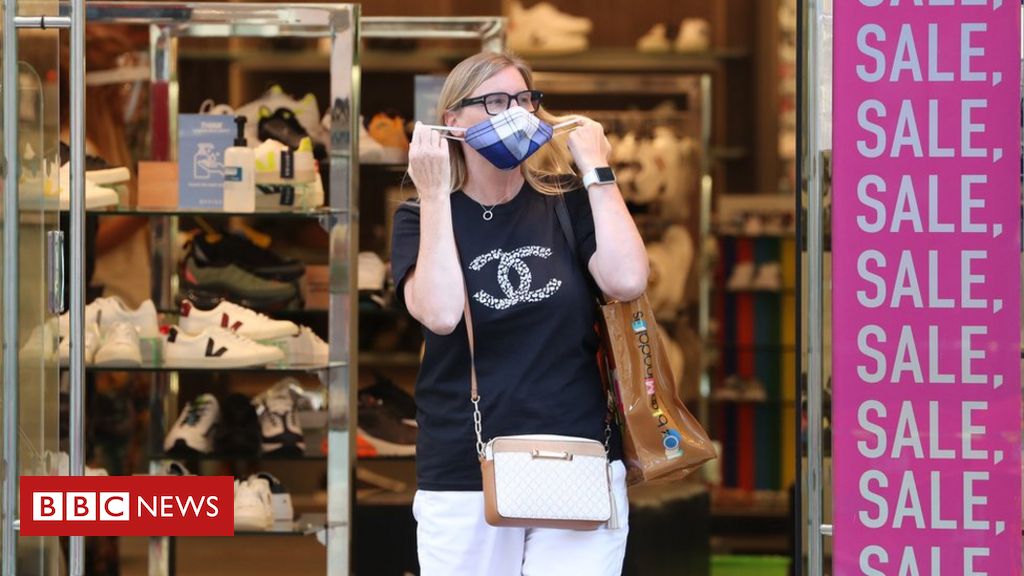 Coronavirus: How the financial shockwave is affecting jobs and money

Coronavirus: How the financial shockwave is affecting jobs and money


The coronavirus outbreak has sent a shockwave through the finances of millions of people in the UK.

The effect has not been universal, nor has it been equal. Your age, your job, where you live, and the pre-virus state of your finances will all make a difference to how well you can cope.

For a start, there has been the effect on income. For those who work, the amount of money coming in depends mostly on their wages.

Millions of people have taken a pay cut

More than nine million people have been off work but paid by the state to stay in their jobs – in other words, placed on furlough.

The government, to date, has paid 80% of someone’s wages. Not every employer can afford to top this up.

That has meant a 20% pay cut for millions of people. Some may have had bigger cuts, as the scheme pays only the first £2,500 of the monthly wage.

Workers aged 17, particularly women, are most likely to be in jobs that have been furloughed, data from the UK’s tax authority, HM Revenue and Customs (HMRC), shows.

Men aged in their 40s and women aged 41 to 58 were least likely to have been put on the scheme.

Many employers may find it hard to keep on staff as the furlough scheme is gradually removed. The extra cost may prompt them to cut jobs, even though the government has promised a £1,000 bonus in January for each furloughed worker they keep on.

The self-employed have their own government support, used by 2.7 million people, but again it has meant falling income for many and it will not last beyond the summer.

Then there are those whose work has dried up or who have lost their jobs. Going into this crisis, many young workers had insecure, temporary jobs. The outlook for them is highly uncertain.

The last recession (a significant downturn in the economy) amid the financial crisis of a decade ago showed that it is young employees who are most at risk of unemployment. Chancellor Rishi Sunak has said the UK is “entering one of the most severe recessions this country has ever seen”, so, as it bites, jobless levels could end up worse than last time.

Those of working age on low incomes, or who have lost their jobs, have needed to claim benefits. For those claiming for the first time or after a period without benefits, that is likely to be universal credit. As lockdown took hold, so the applications shot up.

Debt charities argue the amount paid in benefits is insufficient.

With less money coming in, there is pressure on people’s ability to pay out.

Again, this is likely to hit the youngest the hardest. They have less in savings and need to spend more of their money on essentials, such as rent.

Overall, households have saved money during lockdown thanks to not being able to spend on non-essentials, such as holidays and eating out, but it tends to be older households that have saved the most.

Some people have saved money

Older people are more likely to be able to spend a bigger proportion of their money on non-essentials, such as eating out and holidays.

During lockdown, they have simply been unable to do that. The result is that some of this money has been saved.

On average, this is positive, but the general picture masks the fact that those who really need something to fall back on in a crisis may not have any savings at all. One big question is whether those with extra savings now go out and spend the money.

The same is true of paying off debts. Figures show a dramatic and sudden repayment of debts such as overdrafts and credit cards – with repayments outstripping new borrowing.

Why? Many people have been unable to flash their credit cards, with shops, and particularly travel services, closed for business. Some have had holidays cancelled and the money, possibly paid many months ago, has been refunded to their credit-card accounts during lockdown.

The uncertainty means delving into an overdraft to buy big-ticket items, like a car or a new kitchen, may also have been off the agenda.

Which bills are not getting paid?

Facing income pressures, some people have struggled to pay key bills. Many have taken the opportunity to defer their mortgage or rent for a few months, as lenders have offered what is known as a payment holiday.

Similar breaks have been agreed for other bills, such as gas and electricity.

That holiday, like a more traditional getaway, will end by the autumn and will have to be paid for.

Whether people can pick up where they left off by paying those bills, which may well now be a little higher, will be vital in saving them from a financial hole from which it could take years to climb out.