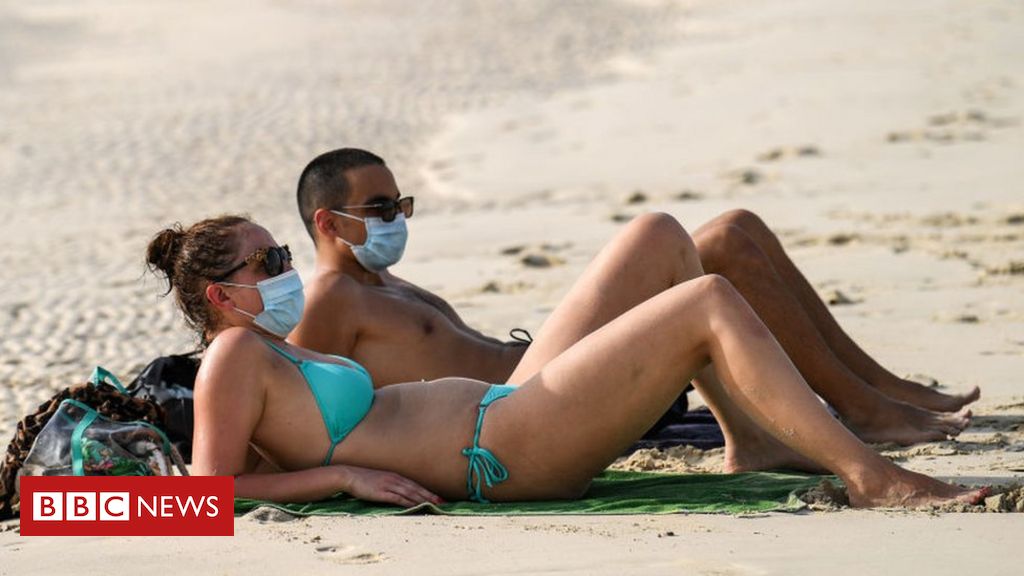 
Travel companies say holiday bookings have “exploded” after the government announced current restrictions will be eased.

Ministers said from 6 July, blanket restrictions on non-essential overseas travel will be relaxed in the UK.

Holidaymakers will be allowed to travel to certain European countries without having to spend 14 days in quarantine upon their return.

A spokesperson for TUI said the move was a “hugely positive step forward”.

“We’ve already seen bookings increase by 50% this week, versus last [week], with holidays to Spain and Greece looking the most popular this summer,” said Andrew Flintham, managing director of TUI UK and Ireland.

Lastminute.com said it experienced an 80% increase on holiday sales compared to last week, largely attributed to the announcement of Spain lifting the quarantine for Brits.

The list of travel corridors with the UK is due to be published next week and is expected to include Spain, France, Greece, Italy, the Netherlands, Finland, Belgium, Turkey, Germany and Norway – but not Portugal or Sweden.

It comes as it was announced a further 100 people had died from the virus in the UK, with a further 890 people testing positive, as of 27 June.

John Keefe, director of public affairs at Eurotunnel, said phones had been “ringing off the hook”.

Eurotunnel saw an increase of bookings weeks ago, suggesting that many holidaymakers had already started to “discount the quarantine measures”, said Mr Keefe – but bookings “exploded” when the announcement was made on Friday.

Foreign Office advice against all but essential international travel has been in place since 17 March.

Under the new rules, a traffic light system will be introduced – with countries classified as green, amber or red depending on the prevalence of coronavirus. The UK is likely to discuss arrangements with countries over the coming days.

A government spokesman said measures would give people “the opportunity for a summer holiday abroad” while also boosting the UK economy – but stressed the relaxation depended on risks staying low.

The government said it “wouldn’t hesitate to put on the brakes” if the situation changes.

While the UK government is responsible for border controls, the Scottish and Welsh governments say that public health and the response to the pandemic are devolved matters.

Both warned they had yet to decide to implement the measures.

Ministers in Scotland said it was “disappointing” that the announcement was made before all four UK nations held discussions.

Tourism businesses in Wales are not due to reopen until 13 July, a week after the travel restrictions are due to ease elsewhere.

Portugal has seen a rise in the number of new cases in and around Lisbon recently, while Sweden is also unlikely to be on the list because the infection rate there is higher than in the UK. They are both likely to be classified as red.

But the government spokesman conceded there would be nothing to stop someone avoiding quarantine by flying into a Spanish airport, driving over the border into Portugal for their holiday and returning by the same route.

UK travellers will still have to hand over the address they plan to stay at on their return from abroad, no matter which country they are coming back from. And they will also be legally required to wear face coverings on planes and ferries.

How do holidaymakers feel?

Jon San Jose, 38, will be travelling to Spain with his wife and two young children in August to celebrate his mother-in-law’s 60th birthday.

To minimise risks, they have decided to take the Eurotunnel to France and then drive to Alicante, Spain, where they will be joined in a villa by the rest of the extended family.

Jon and his wife Karleen welcomed the government announcement, after having doubts the birthday celebration would still go ahead, and said they are doing all they can to limit risks.

“We probably won’t eat out more than once or twice,” said Jon. “We’re probably going to stay in the villa for most of the time. If anything it will be less risk going there than staying [in the UK] at the moment.”

Portugal’s Secretary of State for Tourism Rita Baptista Marques told BBC Breakfast her country had been named the most secure destination in Europe by the World Tourism and Travel Council and is a “clean and safe destination”.

She added that the situation is “completely under control”, with significant testing being carried out.

But Greece’s Tourism Minister Haris Theoharis suggested that it could be up to three weeks before the country is happy to open up an air bridge to the UK, as discussions with health experts are continuing.

Spain lifted its state of emergency last Sunday, reopening its borders to visitors from most of Europe and allowing British tourists to enter the country without having to quarantine.

Travel industry group ABTA said the travel sector “eagerly” anticipates confirmation of the list of countries, which “should encourage customers to book”.

“The blanket Foreign Office advice against all but essential travel is still a major impediment to travel, however, and we look forward to the government adopting a similar risk-based approach to that advice,” it said in a statement.

The UK introduced rules requiring all people arriving in the UK to self-isolate for 14 days on 8 June. It was widely criticised by the travel industry and MPs of all parties.

What are the current quarantine rules?

“Our new risk-assessment system will enable us to carefully open a number of safe travel routes around the world – giving people the opportunity for a summer holiday abroad and boosting the UK economy through tourism and business,” said a government spokesman.

“But we will not hesitate to put on the brakes if any risks re-emerge.”

How will the rule changes affect your plans for a summer holiday? Email haveyoursay@bbc.co.uk.