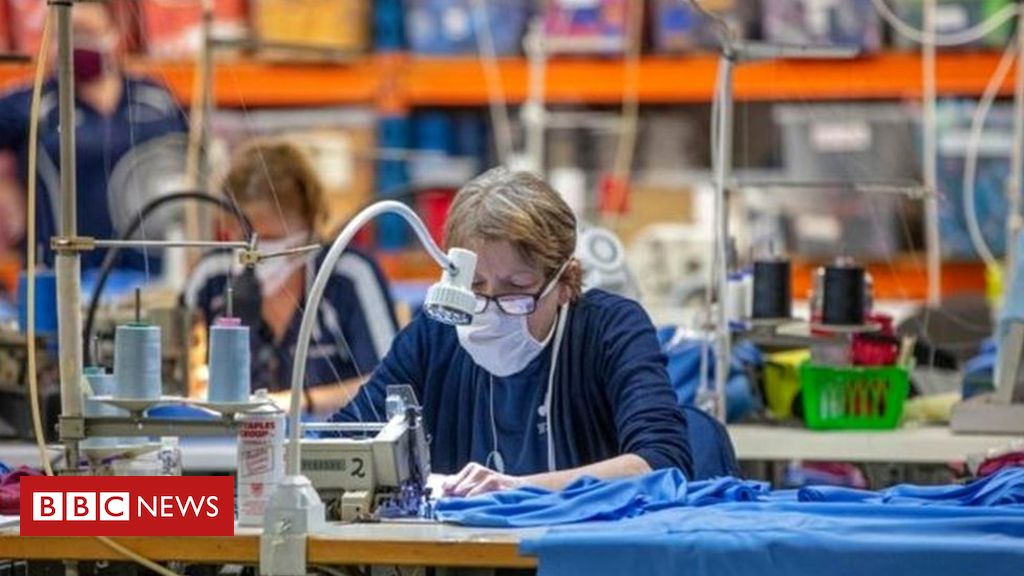 
Workers self-isolating under the new test and trace systems could be pushed into hardship, union warnings claim.

The programmes, newly launched in England and Scotland, risked being ineffective unless these people were helped financially, the TUC said.

Employees could be told to stay at home for 14 days on multiple occasions and face an income drop on sick pay.

Those receiving £95 a week or even ineligible for statutory sick pay may feel forced to work, the TUC said.

“That will put them, their workmates and their local community at risk, and undermine the entire test and trace programme,” the union body’s general secretary, Frances O’Grady, said.

How test and trace works

Under the new systems, tracers will text, email or call people who test positive with coronavirus and ask who they have had contact with.

Any of those contacts deemed at risk of infection will be told to isolate for 14 days, even if they are not sick and if they have already had the virus.

While some employers will pay wages in full to those who are self-isolating, and some staff will request to take the time as their fully-paid holiday entitlement. some bosses will give people statutory sick pay of £95.85 a week. Guidance from the government says this should be paid from day one of isolation.

Employers with fewer than 250 members of staff are now able to claim that cost back from the government, under a separate scheme launched earlier in the week.

But some workers, often women working part-time, are ineligible for statutory sick pay as they do not earn an average of £120 a week, or are self-employed.

They may have to fall back on the benefits system, or any self-employment support scheme, while off work.

“The government must extend statutory sick pay to everyone – no matter what they’re paid – and raise it to the level of the real Living Wage, £260 per week,” Ms O’Grady said.

“And the self-employed income support scheme must remain in place as a source of financial support for those forced to self-isolate.”

The view was echoed by charity Citizens Advice, which said long-standing problems with statutory sick pay meant millions were ineligible or found the payment insufficient to cover essential costs.

“People need enough to live on, so they can self-isolate if asked to without fear of being pushed into hardship,” said Gillian Guy, Citizens Advice chief executive.

There have been fears that people told to self-isolate, or who are shielding, could face pressure to return to work by unscrupulous employers.

“We’ve already seen upsetting cases where vulnerable workers have faced the impossible choice of safeguarding their health or continuing to work because they have been denied furlough. We fear that those who need to self-isolate could face similar pressure,” Ms Guy said.

Health Secretary Matt Hancock said he was confident that the “vast majority of people” would participate in the voluntary system.

“In this war on the virus, ultimately we are all on the same side and we’ve all got a part that we can play,” he said.

Northern Ireland has its own version of the test and trace programme already and the scheme in Wales is due to start in early June.