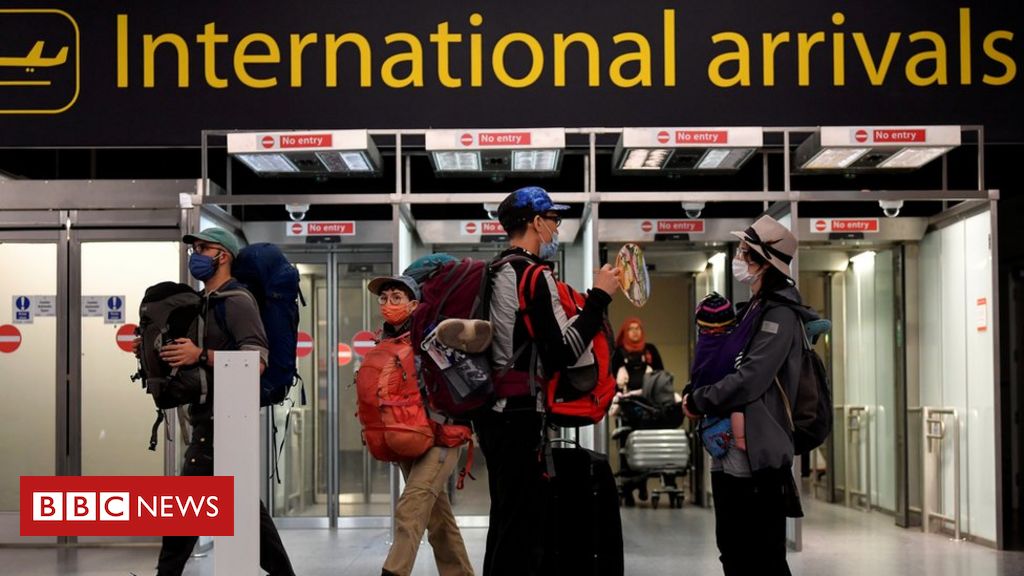 
Gatwick airport says passenger numbers fell by 14.7 million, or two-thirds, in the first half of the year as air travel collapsed amid the pandemic.

The airport, which announced job losses earlier this week, also posted a £344m loss as sales fell across its business.

Despite signs of recovery, Gatwick said it expected air traffic and passenger numbers to remain under pressure.

It also warned passenger levels would take between four and five years to recover to pre-Covid levels.

The West Sussex airport has been hard-hit by the pandemic. Virgin Atlantic has said it will cease operating at Gatwick, while British Airways has shifted its short-haul flights to Heathrow and is cutting hundreds of ground staff jobs at the airport.

The number of travellers at Gatwick dropped by 66% to 7.5 million during the six months to June.

Gatwick said this was “due to the Covid-19 pandemic, the effects of which began to be felt during February, increasing significantly in March and causing a near-complete drop in volume during April, May and June 2020”.

Gatwick Airport chief executive Stewart Wingate said: “Like any other international airport, the negative impact of Covid-19 on our passenger numbers and air traffic at the start of the year was dramatic and, although there are small signs of recovery, it is a trend we expect to continue to see.”

The company also said: “The recovery period to pre-pandemic traffic levels is forecast to be four to five years.”

Gatwick has already announced plans to cut 600 jobs. About 75% of staff are currently on the government’s furlough scheme, which is due to end in October.

Despite announcing plans to cease operations at Gatwick, struggling airline Virgin Atlantic said it planned to retain its slots at the airport to “enable a return in future years as demand recovers”.

In the meantime, Virgin Atlantic intends to lease slots to rival carrier Norwegian. But on Friday, Norwegian itself admitted that it might need more financial help in order to survive.

Norwegian chief executive Jacob Schram said: “We are thankful for the loan guarantee made available to us by the Norwegian government which we worked hard to obtain.

“However, given the current market conditions it is not enough to get through this prolonged crisis.”

Wizz Air has been lobbying to increase its number of flights from Gatwick from one to 20.

But the Hungarian airline said it was being stopped from expansion because the European Union relaxed its “use-it-or-lose-it” slot restriction rules. This allows airlines to hang onto the slots despite not using them.

Wizz Air co-founder and chief executive József Váradi told the BBC’s Today programme: “We are talking to the regulators, we are talking to decision makers at EU level as well as country-level. We are saying that the relaxation of the slots rules is not fair and it distorts the market, it distorts a level playing field.”