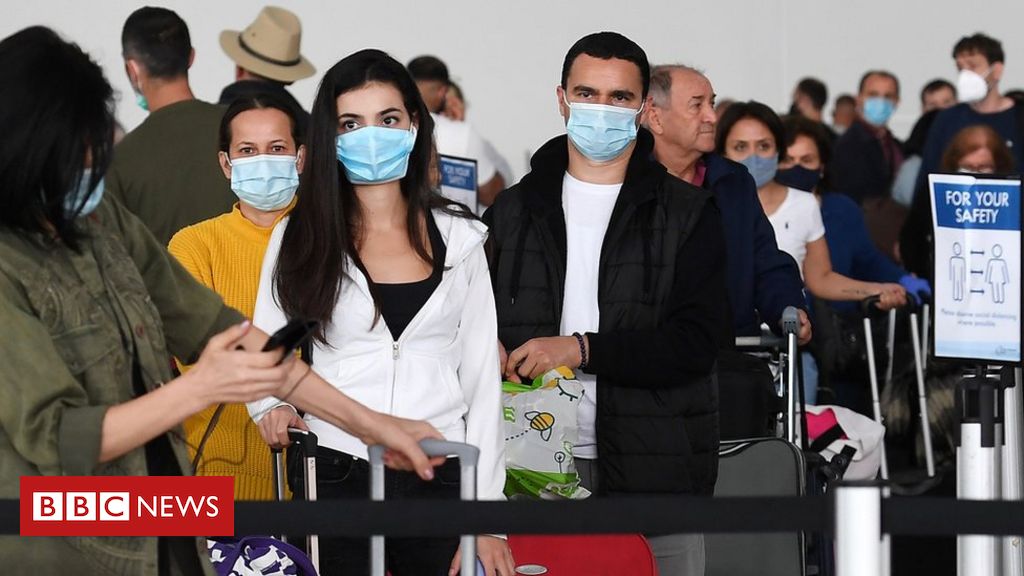 
People entering the UK from at-risk countries who test negative for coronavirus twice within several days might be allowed to leave quarantine early.

The UK government is close to giving its backing to a trial, according to travel industry sources.

Under current rules, those arriving in the UK from certain countries must self-isolate for 14 days.

Details of the new programme are said to be still being worked out, but one key area of debate is the number of days required between tests.

The government has indicated that it is keeping all quarantine measures under review.

It is said to be considering an eight-day stretch between tests, whereas figures within the travel sector are keen for a five-day period.

The number of days required between each test is critical in reducing the possibility of “false negative” results.

A false negative result is possible if someone who has recently contracted Covid-19 is not showing symptoms.

France is about to launch a compulsory two-test regime for people arriving from 16 at-risk countries, including the United States.

The BBC understands that there are two broad options being considered.

The first would involve someone having a first test several days before they travelled to the UK, with the second test happening the day before they arrive. However, this might mean that in some cases people would need to be tested abroad.

That option could mean that people would avoid quarantine altogether.

The second possibility is that people would be tested on arrival in the UK, possibly at the airport, and then be required to have a second test several days later.

In the period between the two tests, the person would have to self-isolate at home in line with government rules.

Another question mark remains over how the trial will be funded.

Travel consultant Paul Charles believes that airports will have to foot part of the bill.

“The onus is on UK airports to invest, as restaurants and bars have done, in the measures which enable the economy to get going,” he said.

Like other figures in the travel industry, Mr Charles is frustrated by the fact that the government has still not given its backing to testing as a way of people avoiding the travel quarantine.

“Substantial investment in testing is the only solution to enable safer travel, keep corridors open to other countries and remove the disruptive need for everyone to self-isolate for 14 days.”

The test which would be used is the same Polymerase Chain Reaction (PCR)-type test used by the NHS, and can cost about £150 each time.

Any trial of the double-testing scheme would probably initially be focused on one or two specific routes.

The BBC has been told that it would not initially be focused on people arriving from European destinations.

The aviation sector has been in discussions with Public Health England about how the testing could work.

If the scheme goes ahead, it’s not expected to be implemented for several weeks.