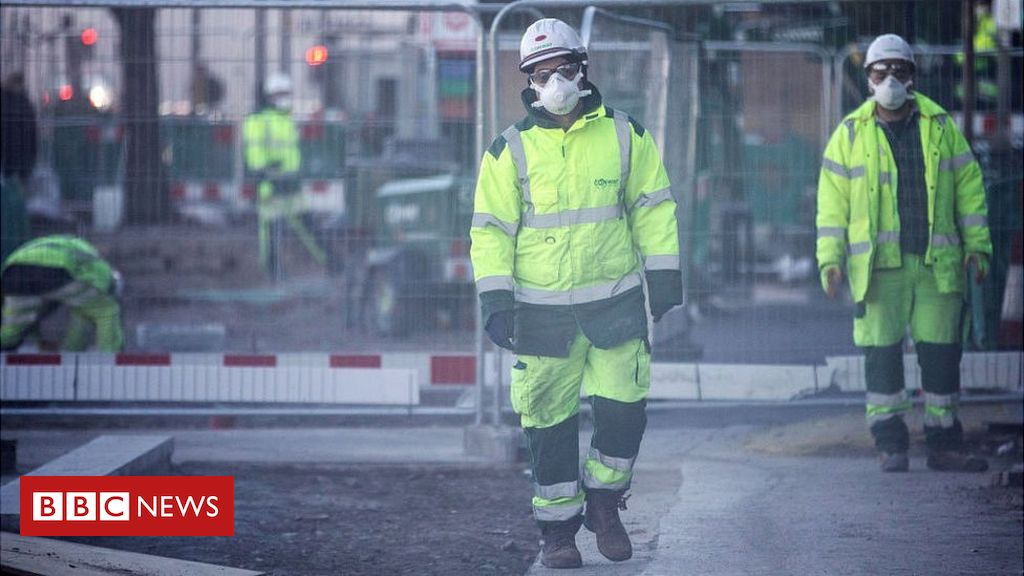 Coronavirus: Do I have to go back to work after lockdown?

Coronavirus: Do I have to go back to work after lockdown?

But for many, concerns remain about the risk of contracting the coronavirus once back in the workplace.

Can you be forced back to work and what are your rights if you are?

What has the government said?

On Sunday evening in a pre-recorded address, Prime Minister Boris Johnson said that those who could not work from home should be “actively encouraged to go to work” in England.

Mr Johnson singled out people in construction and manufacturing as those who could not work from home, who should return to building sites and factories.

But he told people to avoid using public transport where possible.

The devolved governments of Scotland, Wales and Northern Ireland are sticking with the government’s former mantra of: “Stay at home” and not encouraging a return to work.

I’m in an at-risk group, will I have to go back to work?

The 1.5 million people in England classified as being at high-risk if they catch coronavirus were advised not to leave their homes for 12 weeks from 23 March.

They included people who have received organ transplants or are on immunosuppression drugs.

Faye Law, senior adviser and conciliator at the Advisory, Conciliation and Arbitration Service (Acas) says these people, and millions of others considered extremely vulnerable, are not expected to return to their workplace.

Wherever possible they should work from home or be furloughed under the government scheme which currently pays 80% of an employee’s salary up to £2,500 a month.

Separately, people who are at-risk – but did not receive a letter from the government encouraging them to shield for 12 weeks – could have to return to work, but Ms Law says their employer should ensure strict social distancing rules are in place.

But employment law expert Simon Rice-Birchall, from Eversheds Sutherland, says companies will be able to insist workers return to their workplaces once government changes.

Although he thinks it would be difficult for an employer to force people to return to an office if they have shown that they can do their job from home.

Those who are told to go in will not be entitled to sick pay if they choose to stay at home because they are worried about contracting the virus, he says.

“Somebody that’s vulnerable at home isn’t sick,” he says.

Can my boss make me work during lockdown?

At the moment, government advice to work from home effectively overrides the content of most employment contracts, which require us to go to work, says Mr Rice-Birchall.

But David D’Souza from the Chartered Institute of Personnel and Development says his organisation has been told about employers forcing people to work.

“That is of huge concern in terms of people’s physical and mental wellbeing,” he says.

“And whilst it’s understandable that organisations are trying to sustain themselves, doing that by having people working under conditions of duress is not what you would want to see in a modern economy.

“Any return to work should only be done if these criteria can be met: It’s necessary, it’s safe, and it’s mutually agreed”.

Tim Sharp, from the Trades Union Congress, says forcing people to return to work like that could put employers on the wrong side of the law.

For example, you’re not required to work if you hold “a reasonable belief that there’s a serious and imminent threat” to your health, he says.

He thinks that would apply where an employer is not following public health guidelines.

Am I more likely to be made redundant if I accept furlough?

Bosses and junior staff alike have been asked to accept pay cuts as companies struggle to make ends meet during the crisis.

Some firms have forced staff to choose between working for 80% of their salary or being furloughed.

Despite the strains the crisis has put on working parents, many have chosen to continue working for less money fearing that allowing themselves to be furloughed could increase the risk of being made redundant if the economy does not pick up once the lockdown is lifted.

But employers could face allegations of discrimination if they only keep on staff who worked through the crisis, according to Ms Law.

“You could find it indirectly discriminates on the basis of disability, because people might be more likely to choose furlough as an option because they’ve got an underlying health condition,” she says.

“Or it might also be sex discrimination because it’s more likely the case that it’s the woman in a household that stays at home with the children.”

Which workers are likely to return to work first?

The Prime Minister encouraging construction workers and those on factory lines back to work was expected, in part because those roles are simply impossible to do remotely.

Workers in those sectors will likely to return to work in the coming days and weeks, according to Charlie Netherton, from Marsh Risk Consulting.

At the other end of the spectrum, professional services firms have proved they can operate quite effectively with the majority working from home.

As a result, Mr Netherton says the government is not likely to prioritise getting office workers back to their desks.

But the picture becomes complicated in the entertainment and retail sectors, because it is unclear when people will feel comfortable returning to shops, bars and restaurants.

“I suspect a number of people will be cautious,” Mr Netherton says questioning whether it would be economically viable for restaurants to open their doors again, even if they were allowed to do so.

“Retail organisations are keen to start selling again, the challenge they have is understanding when the customers will return,” says Mr D’Souza from the CIPD.