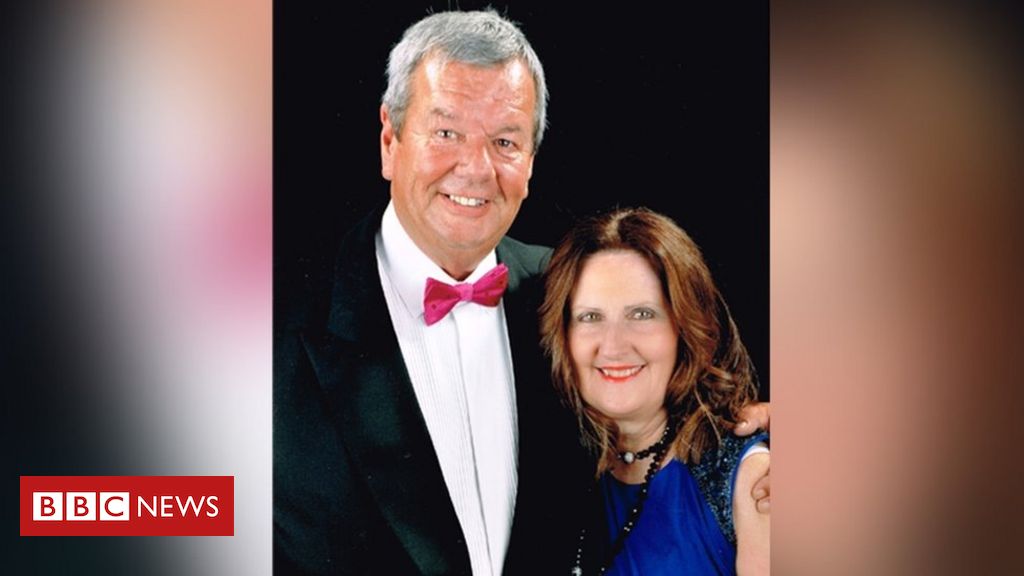 
Father-of-two James Whiteside was a colourful man – both in character and in dress sense. He died of lung cancer at the end of April, aged 68.

James, often known as Jim, was part of a big family and had made many friends in his village, as well as through his love of golf, and had contacts from 50 years in the construction industry.

His wife Denise said at least 150 people would have wanted to attend his funeral near their home in Bearsted, Kent. Only 10 were permitted, owing to the coronavirus lockdown.

The result was not only scores of people unable to pay their respects in person, but also far less money donated to charity than would otherwise have been the case.

“We made a small donation ourselves, but with nobody else going, we could not ask,” said Mrs Whiteside.

She would have wanted donations to the British Lung Foundation for research to help prevent the disease, as well as helping smokers like her husband to give up.

“We felt privileged that James had medication at his disposal during his illness. It was research that allowed that to happen,” she said.

The charity says the lower attendance at funerals means this type of donation – often cash in a collection plate at the service – has dropped to a fifth of its normal level.

This so-called In Memoriam fundraising usually brings in £1m a year for the British Lung Foundation. It is the third largest source of income, after legacies and trusts.

“Part of families’ bereavement is to give back to charities that have supported them,” said James Culling, the charity’s director of fundraising.

“The donations support our services to give hope, help and a voice to people.”

Given the nature of coronavirus and its affect on breathing, the respiratory health charity – which recently merged with Asthma UK – has seen a surge in demand for its services at a time when income has been hit. People who are shielding have been particularly keen for information.

The government announced a £750m package to keep struggling charities afloat at the start of April, but Mr Culling said his charity was unlikely to be eligible for the support.

He also feared that a prolonged economic downturn, and less income for individuals, would affect donations in the longer term.

The problem is not unique to his charity. Research by the Charities Aid Foundation (CAF) said less cash usage could hit spontaneous donations, with most people still wanting to give in notes and coins.

A third of charities had seen an increase in demand for their services since lockdown, while half had seen a drop in donations, its survey found.

Particularly hard-hit have been medical charities, which had often been the beneficiaries of donations made in memory of loved ones.

“There is no doubt that medical research charities in the UK will all be facing serious shortfalls,” said Susan Pickney, head of research at the CAF.

That could affect everyone in every street in the UK. Two grieving women, living on the same road in Wiltshire, understand what that means.

Margaret Platt lost her husband of 53 years, Bill, to Covid-19 at the end of March. For decades he had managed his asthma.

“I can imagine how difficult it must be for people to isolate for so long with asthma,” she said.

Rita Bailey also lost her husband, Bob, in April to Covid-19. He also suffered from chronic obstructive pulmonary disease (COPD) and emphysema, which put him at higher risk of catching the virus.

The funeral was attended by eight people, there was no collection, and Mrs Bailey was unable to give cash to the funeral directors because of coronavirus transmission concerns.

It was a situation, she said, that was upsetting for her, and – owing to its repetition on a wider scale – may affect the work of charities across the UK.