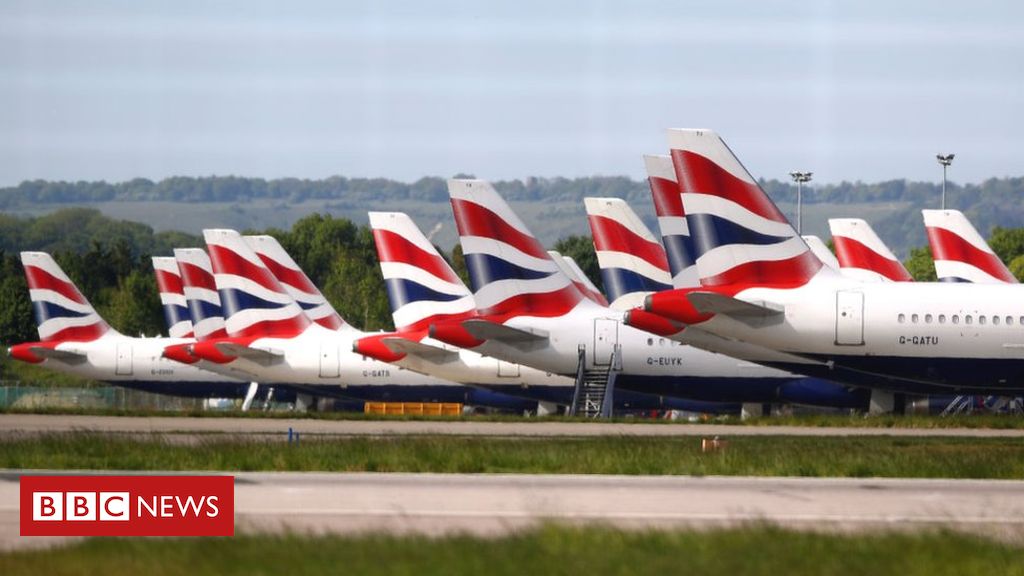 
British Airways owner IAG has said it is planning for a “meaningful return” of flights in July at the earliest if lockdown measures are relaxed.

However, IAG – which also owns Iberia and Aer Lingus – said these plans were “highly uncertain”, and were subject to various travel restrictions.

IAG said it did not expect passenger demand, which has been hit by the pandemic, to recover before 2023.

“We are planning for a meaningful return to service in July 2020 at the earliest, depending on the easing of lockdowns and travel restrictions around the world,” said IAG chief executive Willie Walsh.

“We will adapt our operating procedures to ensure our customers and our people are properly protected in this new environment.”

IAG also confirmed that it had accessed £300m from the UK coronavirus corporate finance facility, a Bank of England scheme set up to help large companies borrow money on a short-term basis.

The group said that even if flights resumed in the summer it expected that passenger capacity would still only be half the usual level in 2020.

Since late March, capacity has fallen by 94%, with most of the group’s aircraft grounded.

The announcement came as IAG reported losses after tax hit €1.68bn (£1.47bn) during the first three months of the year, which included a €1.3bn charge for fuel hedges.

The group added that it expected the second quarter to be “significantly worse”.

In an attempt to shore up cash during the coronavirus crisis, IAG said that it expected to defer deliveries of 68 aircraft.

As if there wasn’t already enough agony around for airlines, IAG’s first quarter results have revealed an unexpected additional financial sting.

The owner of BA, Iberia, Aer Lingus and Vueling has lost £1.3bn on fuel hedging, enough to push it into a statutory loss of nearly €1.7bn in the first quarter of the year. If you strip out hedging loss and other one-off costs, the loss was just €535m, compared to a €135m profit in the same period last year.

IAG’s statement does not give exact details of the hedging loss. But it is likely the company made advance purchases of fuel to have some certainty on fuel prices, either in the form of actual delivery contracts, or more likely through financial derivatives that have the same effect. Even though the airline is not flying, it will still be on the hook for the contracts.

Although IAG is planning for a resumption of some services, it says it will still need to let go of many staff.

Many airlines have been struggling as the coronavirus pandemic has brought global travel to a virtual standstill.

Last month, BA said it was set to cut up to 12,000 jobs from its 42,000-strong workforce. It also told staff that its Gatwick airport operation might not reopen after the pandemic passes.

IAG chief executive Willie Walsh had been due to retire in March, but will stay on until September “to focus on the immediate response to the crisis”.

Luis Gallego, head of the group’s Spanish division, Iberia, since 2014, will succeed him.

On Wednesday, other aviation bosses called for additional support for the sector from the UK government.

Speaking to MPs on the Transport Select Committee, Heathrow Airport chief executive John Holland-Kaye argued that the French, German and US governments had provided large, bespoke rescue packages for their aviation industries as they saw them as “fundamental”, and suggested that was not the case in the UK.

Air France KLM, for example, won a €7bn loan package from the French government in April.

However, IAG’s competitor has reported that it made a loss in its day-to-day business of €815m in the three months of the year due to travel grinding to a halt.

Several other firms posted trading updates on Thursday which detailed how they had been affected by the coronavirus pandemic.