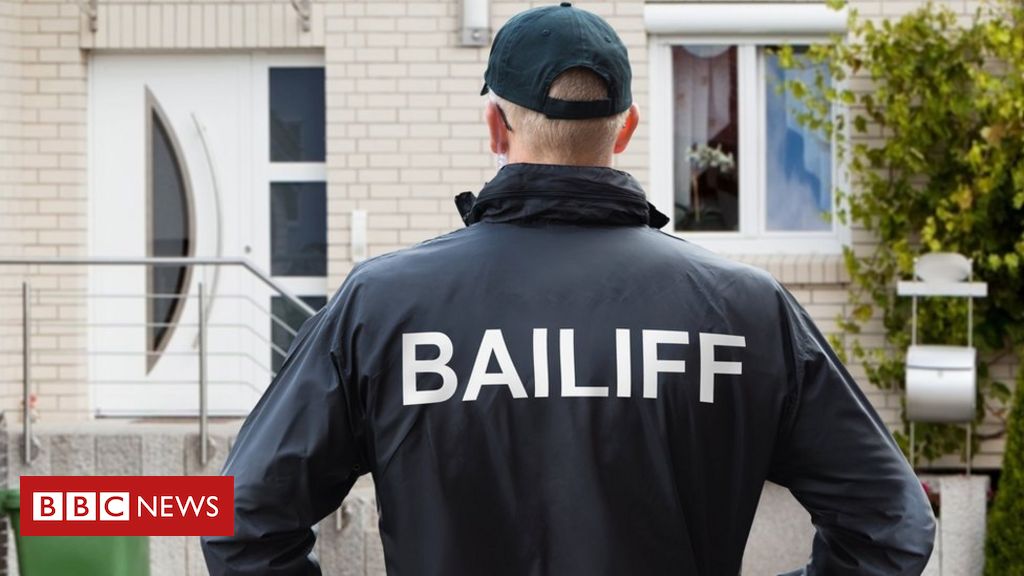 Coronavirus: Bailiffs return but are told not to shout

Coronavirus: Bailiffs return but are told not to shout


Bailiffs resuming operations in England and Wales are being told to keep their voices down to protect against coronavirus transmission.

They will be chasing unpaid council tax after a five-month suspension.

Debt charities have warned of a surge in cases, prompting financial and health risks.

But a trade body for the sector said vital public services would be affected if councils were unable to collect money that has been owed for months.

A similar pause on evictions was extended on Friday by four weeks.

Part of the government guidance on bailiffs working under the current risk of coronavirus is for them to “avoid unduly raising their voice”.

“This is because of the potential for increased risk of transmission,” the guidance says.

From Monday, authorities are able to use bailiffs – officially known as enforcement agents – to pursue unpaid bills such as council tax or parking fines.

The debts now being chased would have been unpaid before the coronavirus lockdown.

About half of councils have approved agents to be sent out again, under the stricter guidance required owing to social distancing.

They are being told not to enter homes to take items except in exceptional circumstances and where it is safe. The policy will be reviewed in line with government and public health guidance.

“Councils face a deepening financial crisis because of increased costs and lost revenue during lockdown so it is important that civil enforcement work can resume to recover much needed funding for frontline services,” said Russell Hamblin-Boone, chief executive of the Civil Enforcement Association, which represents bailiffs.

“Enforcement action is always a last resort by councils when other collection measures have failed and, even then, in half of all cases, an affordable payment plan is set up through emails or phone calls.”

Charities have expressed their concerns that the economic fall-out from the coronavirus crisis could be made worse for some people being pursued by bailiffs.

Jane Tully, from the Money Advice Trust, the charity that runs National Debtline, called for greater protection of those in debt from the government, or an extension to the suspension.

“There is a real risk of a surge in bailiff action relating to council tax and other debts over the coming months, which poses both financial and public health risks,” she said.

Chris Whitehead, a debt advisor at Citizens Advice Newcastle, said: “This is a crisis that nobody could have planned for financially and we hear daily from people how tough it’s been for them to deal with the immediate issues of putting food on the table, paying the bills and essentially just getting through the day.

“But we fear the debt problems, which have been building up during lockdown, are now coming to bear as the schemes aimed at preserving jobs and incomes come to an end over the next few months.”